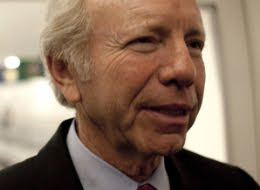 First, Joe Lieberman was a key player in the deregulation of capital markets after the 2001  financial crash.  He led the de regulation efforts and prevented real regulation.  This lead directly to the 2008/2009 economic crash.

Then, , Joe Lieberman helped President Bush invade Iraq, and the Democrats in Washington forgave him. Then, he endorsed John McCain, and they forgave him again. Then, he personally attacked Barack Obama at the Republican National Convention, and still the Democrats forgave him.1

Now, Joe Lieberman is single-handedly gutting health care reform. The time for forgiveness is over. It's time to hold Senator Lieberman accountable.