The Governor Candidate from Goldman Sachs 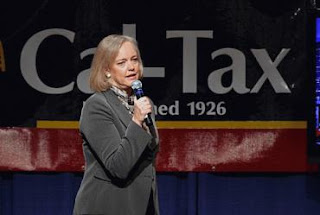 Carla Marinucci and Lance Williams have a long and in-depth article today on Meg Whitman's connections to reviled investment banking house Goldman Sachs, which has played aleading role in the European debt crisis and is accused ofbeing at the center of asset bubbles and their subsequent crashes.
The article goes into depth on both Whitman's time on the Goldman Sachs board in 2001-02, relations between eBay and Goldman Sachs, and Goldman Sachs' role in state bond issuances. An excerpt:
From 1998 to 2002, while she was CEO of eBay, Whitman helped steer millions of dollars of her company's investment banking business to Goldman, court records show.
This clip from Sacramento Progress Report.  Link to S.F. Chronicle.
Posted by Duane Campbell at 9:59:00 AM