Your Tax Dollars at War: More Than 53% of Your Tax Payment Goes to the Military 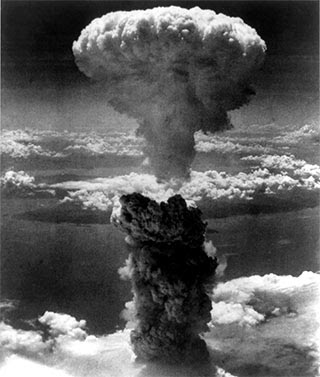 If you're like me, now that we're in the week that federal income taxes are due, you are finally starting to collect your records and prepare for the ordeal. Either way, whether you are a procrastinator like me, or have already finished and know how much you have paid to the government, it is a good time to stop and consider how much of your money goes to pay for our bloated and largely useless and pointless military.

The budget for the 2011 fiscal year, which has to be voted by Congress by this Oct. 1, looks to be about $3 trillion, not counting the funds collected for Social Security (since the Vietnam War, the government has included the Social Security Trust Fund in the budget as a way to make the cost of America's imperial military adventures seem smaller in comparison to the total cost of government). Meanwhile, the military share of the budget works out to about $1.6 trillion.

That figure includes the Pentagon budget request of $708 billion, plus an estimated $200 billion in supplemental funding, called "overseas contingency funding" in euphemistic White House-speak), to fund the wars in Afghanistan and Iraq, some $40 billion or more in "black box" intelligence agency funding, $94 billion in non-DOD military spending, $100 billion in veterans benefits and health care spending, and $400 billion in interest on debt raised to pay for prior wars and the standing military.

The 2011 military budget, by the way, is the largest in history, not just in actual dollars, but in inflation adjusted dollars, exceeding even the spending in World War II, when the nation was on an all-out military footing.

Military spending in all its myriad forms works out to represent 53.3% of total US federal spending.

It's also a budget that is rising at a faster pace than any other part of the budget (with the possible exception of bailing out crooked Wall Street financial firms and their managers). For the past decade, and continuing under the present administration, military budgets have been rising at a 9% annual clip, making health care inflation look tiny by comparison.

US military spending isn't just half of the US budget. It is also half of the entire global spending on war and weaponry. In 2009, according to the venerable War Resisters League, US military spending accounted for 47% of all money spent globally on war, weapons and military preparedness. What makes that staggering figure particularly ridiculous is that America's allies--countries like France, Britain, Germany, Italy, and Japan--account for another 21% of the world's military spending. Fully 12 of the top-spenders among big military-spending nations are either allies of the US, or are friendly countries like Brazil and India. That is to say, America and its friends and allies account for more than two-thirds of all military spending worldwide.

China, in contrast, probably the closest thing to a real "threat" to American interests because of America's treaty commitments to the island nation of Taiwan, and China's claim that it is a part of the PRC, spends only some $130 billion on its military, much of which is actually devoted to maintaining military control of the country's own 1.3 billion people, some of whom might prefer to be independent, or to be freer.

The next biggest military spender, Russia, spends less than $80 billion a year on its decrepit military, and isn't even technically an enemy of the US anymore. Its military is largely busy keeping restive regions from spinning off from the mother country, anyhow.

Just to give one an idea of how small $4.8 billion is in comparison to the $1.6 trillion that the US is spending each year on war and planning for war, that number is roughly what the Pentagon plans to spend over the next year on childcare and youth programs, morale and recreation programs and commissaries on its bases! It's about what the Pentagon will spend acquiring replacement Seahawk, Chinook and Blackhawk helicopters this year.

For the average American, what all this means is that of every dollar you send to the IRS, 53 cents will be going to pay for blowing stuff up, fattening the wallets of colonels admirals and generals, bloating the portfolios of investors in military industries, and of course funding the bonuses paid to executives of those companies, and the campaign chests and expense accounts of the members of Congress who vote for these outlandish budgets. Your money will also be going to pay for the salaries and the bullets of those brave heroes over in Afghanistan who are executing kids, killing pregnant women (and then digging out the bullets and claiming they were stabbed by their families), and for the anti-personnel weapons that are creating legions of legless Afghani kids.

Dave Lindorff is a Philadelphia-based journalist and columnist. He is author of Marketplace Medicine: The Rise of the For-Profit Hospital Chains [1](BantamBooks, 1992), and his latest book "The Case for Impeachment [2]" (St. Martin's Press, 2006). His work is available at www.thiscantbehappening.net [3]