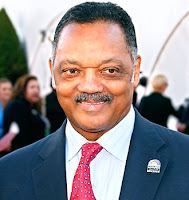 Dr. Martin Luther King, Jr. lived till he was just 39. He has been dead now longer than he lived.

Sadly, too many who never worked with, or even supported, Dr. King while he was alive and in the middle of the struggle, now engage in rhetorical gymnastics, manipulating Dr. King’s words to conform to their own world view and justify their own ideological and political--even military--agendas.

We would all do well to ignore recent perverse misappropriations of Dr. King’s words with regard to our current wars. If he were alive today, Dr. King would, in my opinion, decry the diversion of resources to unnecessary wars in Iraq and Afghanistan, Not just in words, but in deeds, Dr. King never wavered in his commitment to peace and non-violence.


But here are his words: On April 4, 1967 (one year to the day before Dr King’s assassination in Memphis), Dr. King delivered his famous speech, “Beyond Vietnam: A Time to Break Silence. He said, “…we as a nation must undergo a radical revolution of values… When machines and computers, profit motives and property rights are considered more important than people, the giant triplets of racism, materialism, and militarism are incapable of being conquered… A nation that continues year after year to spend more money on military defense than on programs of social uplift is approaching spiritual death.”

As commemorations and events take place around the nation, I think it is worth remembering how Dr. King spent his last birthday--to know and follow his actions, not just celebrate his memory and reputation.

I was privileged to be with Dr. King January 15, 1968. On that day he decried our nation’s dangerously fast movement toward spiritual bankruptcy--financing an unwieldy military budget for the war in Vietnam; giving privilege to the wealthiest Americans, while cutting back on programs for social uplift. He was particularly concerned that resources for the war on poverty and the Great Society were being diverted to the war.

How did he spend his last birthday? I remember he had breakfast with his family around 8 that morning. About two hours later he came to the basement of his church in his blue jeans and windbreaker. He had convened a coalition: blacks from the Deep South; whites from Appalachia; Native Americans; Al Lowenstein and Jewish allies from New York; Latinos from the Southwest and California; and peace activists.

Dr. King led an organizing session for his last campaign--the Poor People’s Campaign, demanding a job, income and health care for every American. He felt strongly about building this multi-cultural, multi-racial coalition; no one side of town would diminish another. People would come by train and plane, bus and walk to engage, if necessary, in civil disobedience, to get the attention of Congress. He was determined to put a focus on gripping poverty.

Sharing a birthday cake brought him by Xernona Clayton, we all laughed and talked through lunch, and then returned to work. Al Lowenstein led a workshop on strategies and plans to end the war in Vietnam, on linking the civil rights movement at home, to ending the war abroad.

Today, more than 50 million Americans have no health insurance. Insurance premiums continue to rise. Nearly 47 million are still in poverty. Unemployment continues and these numbers will rise. 41 million are on food stamps. Nearly 30 million are unemployed and underemployed. Foreclosures continue to rise, outstripping loan modifications. Student loan debts are now greater than credit card debt, endangering a whole generation of our youth.

Were he alive today, he would be organizing a Poor People’s Campaign to redirect our nation’s priorities to providing jobs, health care and economic justice at home. He never wavered in his passion to end poverty, to achieve economic justice and racial equality. This was his vision, not limited to Harlem or Memphis in the United States, but a global view aligned with the desires of the world’s people.

The Columbus Free Press
freepress.org
Posted by Paul B at 3:41:00 PM