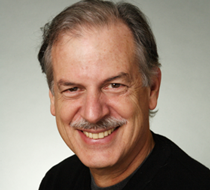 The Democratic Leadership Council, according to press reports, is broke and closing its doors. For anyone who cares about working and poor people, this is a demise that should have come much sooner.

The DLC -- Democrats for the Leisure Class, in Jesse Jackson's inimitable formulation -- led the Wall Street-funded, corporate wing of the Party. The New Dems scorned the base of the Democratic Party -- labor, feminists, environmentalists, minorities, peace activists. Rather than resist conservative headwinds, they argued vociferously that Democrats should tack to them, adopting a muscular foreign policy, trimming social liberalism, posturing tough on crime and the poor.

They championed the likes of Sam Nunn and Chuck Robb as prototypical presidential candidates, arguing that only a candidate with demonstrated and muscular national security credentials, conservative social values and corporatist economics had a chance of being elected.


Then they rode the coattails of the most talented politician of a generation, Bill Clinton, introduced to most Americans as a draft-dodging, anti-war philanderer with one of America's leading feminists as his wife, and one of its leading environmentalists as his running mate. So much for that theory.

They got much else wrong, too. They celebrated corporate free trade, the full catastrophe from NAFTA to embracing mercantilist China in the World Trade Organization. They promoted financial deregulation and privatization. They scorned labor law reform. Along with their conservative allies, they contributed directly to policies that helped usher in the Gilded Age inequality, the declining middle class, the disemboweling of American manufacturing, the bubble and bust economy that now plague America.

They argued that Democrats had to be bellicose on national security, and championed the use of force abroad, including Bush's catastrophic war of choice in Iraq.

They campaigned for Newt Gingrich's welfare repeal, contributing directly to the rising tide of childhood poverty in the wake of the recession. They postured tough on crime, promoting "two strikes and your out" and other punitive sentencing that produced an America that locks up 2 million of its citizens, more than the Chinese, for largely nonviolent crimes. The victims were disproportionately African American, with the South managing to do with incarceration what they used to accomplish with poll taxes and voting discrimination.
They divided Democrats, who were led by the likes of Joe Lieberman and Evan Bayh to the Blue Dogs who delayed and diluted the Obama reforms, burlesqued progressives, and helped sustain the conservative era far beyond its time.