The Battle for 2012 Begins With Hispanic Voters 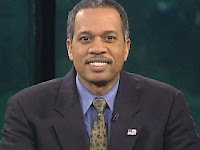 These buys follow a major Spanish-language campaign that began two weeks ago with $20 million in funding from Karl Rove’s American Crossroads group. The DNC and RNC have not revealed how much they are spending on their ads, although the DNC claims its buy is many times larger than the RNC’s.

The DNC ad, titled “En Quien Confiar,” is a direct response to the spots being run by American Crossroads. It begins with a line cautioning Hispanics not to believe “ads that pretend to care about our children.”
The voiceover translates in part as: “It’s the Republicans who would end the Medicare guarantee while protecting tax cuts for the very rich. It was the president who extended health insurance for our children, financial aid for students and tax cuts for the middle class.”


The kicker: “We know who to trust, and who we can’t. Because it’s our job to protect our families.”
This early battle over the Hispanic vote reveals strategic thinking about how tight the presidential contest looks to be in November 2012. Another telltale sign is that last week, in the middle of the intense debt-ceiling debate, President Obama kept his promise to speak at the annual convention of the Hispanic leadership group La Raza.

The competing RNC ad aimed at Hispanic voters is titled “Change Directions.” In the ad, a little Hispanic girl, sitting on a couch looking worried, is watching the news. A voice, purportedly commenting in 2017 on the end of Obama’s second term, says: “Eight years ago we were promised hope — today many believe our American dream has been lost.”

Obama carried the Hispanic vote by a 2-to-1 margin in the 2008 elections. In 2010, the Hispanic population grew to more than 50 million, with 20 million eligible to vote. These populations are heavily concentrated in states likely to be critical to the election’s outcome — Nevada, Colorado, New Mexico, North Carolina and Florida.

Last week, RNC Chairman Reince Priebus claimed during a conference call with reporters that the president’s popularity among Hispanics is sinking fast and that the GOP is in position to benefit. According to the latest Gallup poll, Obama’s approval rating among Hispanics is 52 percent. Among all Americans, his approval rating is 46 percent. The president’s current standing with Hispanics is a far cry from the two-thirds support he won in the 2008 campaign.

“With Hispanics enduring unemployment rates much higher than the national average, at 11.6 percent, it’s clear that this president’s failed economic policies have Hispanic voters looking for a change in direction,” Priebus said.

He dismissed the idea that the divisive politics of the immigration issue would hurt the GOP with Hispanic voters. Immigration is “one issue,” he said. “It’s not the only issue. I think the most important issue right now is the economy and jobs for everybody. This president has completely failed in that regard.”

Before Obama’s triumph in 2008, the GOP was gaining with Hispanics thanks to the popularity of President Bush. After winning only 35 percent of the Hispanic vote in 2000, the Republican incumbent was able to claim 45 percent in 2004. The GOP squandered those gains in 2006, 2008 and 2010 by embracing hard-line positions on immigration that antagonized Hispanic voters.

The big question now is whether creeping frustration and pessimism about the economy is enough to push Hispanic voters out of the Obama camp and into the arms of the GOP candidate next year.
Frank Sharry, executive director of America’s Voice, insists that is not likely.

“The Republican Party’s outreach plan to [Hispanic] voters amounts to a wish, a prayer and a gamble. Instead of adapting their actual position on immigration reform, the party is hoping that running a few more [Hispanic] candidates, placing a few more Spanish-language ads on television and focusing only on the poor economy will be enough to overcome their continued embrace of a mass-deportation immigration platform,” he said.

No one knows exactly how the battle for the Hispanic vote will unfold during this campaign. Be prepared for more Spanish-language ads and more campaigning by the candidates in Hispanic communities.
The one thing we can safely say after this week is that the stock of Florida’s Hispanic Republican Sen. Marco Rubio has just shot up in the 2012 veepstakes.

Juan Williams is a writer, author and Fox News political analyst. This column first appeared on The Hill. His latest book is "Muzzled: The Assault On Honest Debate" (Crown/Random House) which will be released on July 26. This piece originally appeared in The Hill.