Jack Rothman
Memorial Day is upon us. Neighbors are hanging flags in front of their homes. Parades are planned for Main Street. Veterans are searching the back of closets for worn uniforms. And arrangements are being made to bring bouquets of flowers to cemeteries across the nation. We are preoccupied with thinking about heroes and the sacrifices they made to keep our country safe. 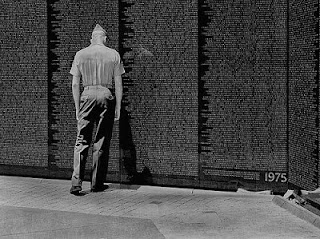 Our leaders talk at length about our need for defense in a perilous world. Almost everything can be cut from the emaciated national budget except our defense expenses. The president needs mounting unrestricted authority to send our armed forces and drones anywhere to thwart our many malevolent enemies. This talk of threat and danger to our very being is broadcast recurrently by the political class and the media and widely accepted as truth by citizens as a patriotic duty.

Psychologists give the name “projection” to ascribing to others your own wishes and intentions. The United States has rarely been attacked (Pearl Harbor is an exception), and in modern history was never invaded. Standing as a military colossus, the most powerful armed entity in world history, there is scant fear that any nation or force could defeat us or significantly harm our interests. Invasions don’t come our way, but incursions do emanate from us and penetrate other nations on an astonishing scale—a reality most Americans ignore or discount, abetted by their leaders.
Those leaders have taken our young people into innumerable wars and military actions globally since the end of World War II. These armed infiltrations are conducted under the guise of protecting our liberties or the liberties of others, while in large measure they are efforts to expand our power and financial control and exploit fertile resources—actions tagged imperialism by serious scholars and objective observers. We have to peer directly into the face of that war record to begin to comprehend its scope. A partial accounting identifies the following assaults:

As we approach Memorial Day, we need to think not only of remembering our fallen sons and daughters, but also to resolve to protect future generations from such occasions. Dead soldiers are pawns and victims--more than they are heroes. We need to give thought to restraining the excess exercise of the war option by our country. Beyond that, we ought to memorialize the utter futility and ugliness of war itself.
As a veteran of World War II, I can still remember the wounds and suffering of that long-ago time. That experience brought home to me that every war symbolizes the failure of humans to conduct their affairs in a sensible and civilized way. I look for the day when we stop celebrating wars in the language of glory and grandeur and recognize that every war marks the very lowest level to which humanity sinks.
We should honor the fallen, but more so we must be peacemakers who thwart the creation of further generations of wasted young men and women.

Jack Rothman was  a founding organizer for the Los Angles DSA chapter. He was a professor of community organizing at the University of Michigan and UCLA Schools of Social Work. His book, Strategies of Community Intervention, has been the leading text in the field.