Republicans running as Democrats. How strange. 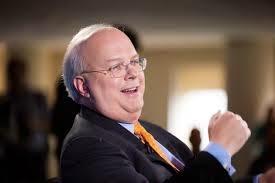 A fascinating development here in the 7th. Congressional District of California, the Republican candidate Doug Ose is running as if he was a Democrat.  He claims to raise issues about special interests- while he serves the special interests.

Meanwhile the TV air waves are full of Karl Rove attack ads, that is Crossroads GPS telling all kinds of false claims about Congressman Bera.  While millions of dollars are poured into TV advertising, the ad Watch issues of the Sacramento Bee point out these ads as misleading and somewhat misleading.
AS of yet,  Republican candidate Doug Ose has said little about his own views, but they are clear.  He was a Congressman for 6 years.  He is on the record as a party line Republican voter.
This strategy is not new.  It is based upon the theory that if you consistently and repeatedly tell a lie, for some it will be perceived as the truth.  The campaign strategy is to organize the Republican base and to lie and distort to create a false impression among low interest voters that Ose is a populist. These voters would normally vote Democratic.


As we know, the U.S. political system is overrun by money.  Economic power at the top is used to produce political results in Congress and in elections.   This campaign  by Crossroads GPS is an example of how the rich get richer while the middle stagnates and the poor get screwed.
Our response must be encouraging more voting, not less.  The lack of interest in electoral participation expressed in many places is not progress, rather it reveals a lack of interest in defending democracy. Not voting is giving up on what democracy we have.  Yes, our democracy is truncated, exploited, and distorted by economic power, but we need to grow and expand democracy, not abandon it.
So, how do we respond to the money flowing into the district, the incessant TV ads, the deceptive mail?
And this.  How are the Koch Brothers working.

McCarter then quotes from Jon Ward's "The Behind The Scenes Story Of The RNC's Quest For Data Supremacy" at HuffPo:

Beacon is intended to open up the RNC voter file to as many new apps and programs want to interface with it. But when campaigns, or worse, state parties, use i360, that is a problem for the RNC, because i360 is more than an app. It has its own voter file. And so every state party that uses i360 is sending out field staffers--paid for with RNC money, funneled through the state parties--to collect data that goes back not to the RNC, but to the Koch-brothers owned subsidiary.

And then from Josh Israel's ThinkProgress post "The Koch Brothers And Republican Party Have Just Joined Forces To Track Voters":

A secretive data and technology company linked to conservative oil billionaires Charles and David Koch has reached an agreement to share its information with the "voter file and data management company" that holds an exclusive agreement with the Republican National Committee. This will allow the Republican Party full access to voter data collected by the Koch's Freedom Partners entities and clients--and entrenches the Kochs' network even deeper into the GOP.

In 2014 and going forward, data control will be an increasing source of power. And with all of this invaluable voter data being filtered through the Koch Brothers' system, it is no exaggeration to conclude, as does McCarter that this "arguably means the Koch brothers essentially own the Republican party, not just its Senate candidates."

Ideas are welcome.  Join with the Progressive Alliance to make a difference.
Posted by Duane Campbell at 2:40:00 PM