The AFL-CIO enlisted Sen. Elizabeth Warren (D-Mass.) to pen an op-ed opposing the president's trade agenda, and the labor federation is recruiting more big names to do the same. "We are making some headway in communicating to the American public the destructive nature of Fast Track," reads an AFL-CIO email solicitation. "We need your help. Could you write an opinion piece or op ed column for a local newspaper or other publication explaining the problems with Fast Track and opposing its passage?" 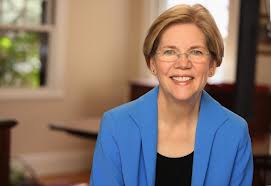 In response, the president has "deployed cabinet officials, including Labor Secretary Thomas Perez, Commerce Secretary Penny Pritzker and U.S. Trade Representative Michael Froman, who is leading the administration's effort, to talk to Democrats,"

Rep. Charlie Rangel, who backed several trade deals as Ways and Means chairman, said his party should give Obama a chance even as it seeks to use its leverage to get commitments from the administration on what will be included in the deals.
“It would seem to me that instead of some Democrats saying, 'Hell no,' you'd try to tell the president what you want,” Rangel told The Hill. “He hasn't even formally proposed anything yet. ... But if they're against all trade? There's nothing to say.”
Obama has also deployed Cabinet officials, including Labor Secretary Thomas Perez, Commerce Secretary Penny Pritzker and U.S. Trade Representative Michael Froman, who is leading the administration’s effort, to talk to Democrats.
“The administration is making a real concerted push on both sides of the Capitol — that's very clear,” said one senior aide to a Democratic House member. “Now, can they push it over the goal line? It's tough to say. Because there's another concerted opposition effort that's just as vocal.”
The president's efforts highlight the importance he places on making progress on trade. Obama has been criticized by members of both parties at times for being too distant from members and for not using a personal touch to win them over.
Opponents of fast-track, including Sen. Elizabeth Warren (D-Mass.), argue the trade deals under discussion will hurt U.S. workers by putting them in direct competition with low-wage workers overseas.
Warren has also argued that including an international arbitration board to settle disputes under the deals would give Wall Street an advantage. The boards are known as investor-state dispute settlement boards.

“Does ISDS tilt the playing field in the United States further in favor of big multinational corporations? No,” officials said. “ISDS allows for neutral and transparent enforcement of a limited and clearly specified set of basic rights and protections already offered to U.S. and foreign investors alike under U.S. law.”
Obama and his senior adviser, Valerie Jarrett, also recently met with International Brotherhood of Teamsters leader James Hoffa and Communications Workers of America President Larry Cohen.
“It was a frank conversation,” said one source familiar with the meeting who disagrees with Obama's trade pitch. “The bottom line was: We're not throwing out everything else you've done — but we think this is way off.”
Obama will need some number of Democrats to back both fast-track and the trade deals to win the legislative battle, since the GOP is also divided on trade.
Officials on both sides of debate are unsure how many Democrats Obama will need, but multiple sources put the range at between 15 to 45 in the House.
Opponents say the White House is getting more opposition than expected to what would be a rare legislative victory in Obama’s second term.
“They're hitting more resistance than they expected — not just from Democrats but from Republicans," said Robert Reich, who served as Labor secretary under former President Clinton and opposes Obama's trade pitch.
White House press secretary Josh Earnest told reporters last week that Obama is “doing his best to persuade as many Democrats as he can.”