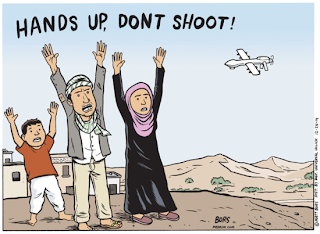 Over the past four years, millions of people have fled their homes in Syria, running for their lives. In recent months, the steady stream of refugees has been a flood that has swept across Europe.

Every day, refugees set out on a journey hundreds of miles, from Syria to the Turkish coast. When they arrive, human smugglers charge them $1000 a head for a place on a shoddy, overloaded, plastic raft that is given a big push and floated out to sea, hopefully toward one of the Greek islands.

Last month, I visited the Greek island of Lesvos to see the Syrian refugee crisis up close. Lesvos is only a few miles away from the Turkish coast, but the risks of crossing are immense. This is a really rocky, complicated shoreline – in and out, in and out. The overcrowded, paper-thin smuggler rafts are tremendously unsafe, especially in choppy waters or when a storm picks up.


Parents try their hardest to protect their children. They really do. Little ones are outfitted with blow up pool floaties as a substitute for life jackets, in the hope that if the rafts go down, a $1.99 pool toy will be enough to save the life of a small child.

And the rafts do go down. According to some estimates, more than 500 people have died crossing the sea from Turkey to Greece so far this year. But despite the clear risks, thousands make the trip every day.

I met with the mayor of Lesvos, who described how his tiny island of 80,000 people has struggled to cope with those refugees who wash ashore – more than 100,000 people in October alone. Refugees pile into the reception centers, overflowing the facilities, sleeping in parks, or at the side of the road. Recently, the mayor told a local radio program that the island had run out of room to bury the dead.

On my visit, I met a young girl – younger than my own granddaughters – sent out on this perilous journey alone. I asked her how old she was, and she shyly held up seven fingers.

Send a little girl out alone. With only the wildest, vaguest, most wishful hope that she might make it through alive and find something – anything – better for her on the other side.

This week, we all know why parents would send a child on that journey. Last week’s massacres in Paris and Beirut made it clear. The terrorists of ISIS – enemies of Islam and of all modern civilization, butchers who rape, torture and execute women and children, who blow themselves up in a lunatic effort to kill as many people as possible – these terrorists have spent years torturing the people of Syria. Day after day, month after month, year after year, mothers, fathers, children and grandparents are slaughtered.

In the wake of the murders in Paris and Beirut last week, people in America, in Europe, and throughout the world, are fearful. Millions of Syrians are fearful as well – terrified by the reality of their daily lives, terrified that their last avenue of escape from the horrors of ISIS will be closed, terrified that the world will turn its back on them and on their children.

Some politicians have already moved in that direction, proposing to close our country to people fleeing the massacre in Syria. That is not who we are. We are a country of immigrants and refugees, a country made strong by our diversity, a country founded by those crossing the sea fleeing religious persecution and seeking religious freedom.

Our first responsibility is to protect this country. We must embrace that fundamental obligation. But we do not make ourselves safer by ignoring our common humanity and turning away from our moral obligation.

Thank you for being a part of this,