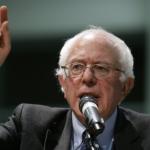 As we head toward the Democratic National Convention, I often hear the question, “What does Bernie want?” Wrong question. The right question is what the 12 million Americans [1] who voted for a political revolution want.
And the answer is: They want real change in this country, they want it now and they are prepared to take on the political cowardice and powerful special interests which have prevented that change from happening.
They understand that the United States is the richest country in the history of the world, and that new technology and innovation make us wealthier every day. What they don’t understand is why the middle class continues to decline, 47 million [2] of us live in poverty and many Americans are forced to work two or three jobs just to cobble together the income they need to survive.
What do we want? We want an economy that is not based on uncontrollable greed, monopolistic practices and illegal behavior. We want an economy that protects the human needs and dignity of all people — children, the elderly, the sick, working people and the poor. We want an economic and political system that works for all of us, not one in which almost all new wealth and power rests with a handful of billionaire families.


The current campaign finance system is corrupt. Billionaires and powerful corporations are now, throughsuper PACs [3], able to spend as much money as they want to buy elections and elect candidates who represent their interests, not the American people. Meanwhile, we have one of the lowest voter turnout rates [4] of any major country on earth, and Republican governors are working overtime to suppress the vote and make it harder for poor people, people of color, seniors and young people to vote. 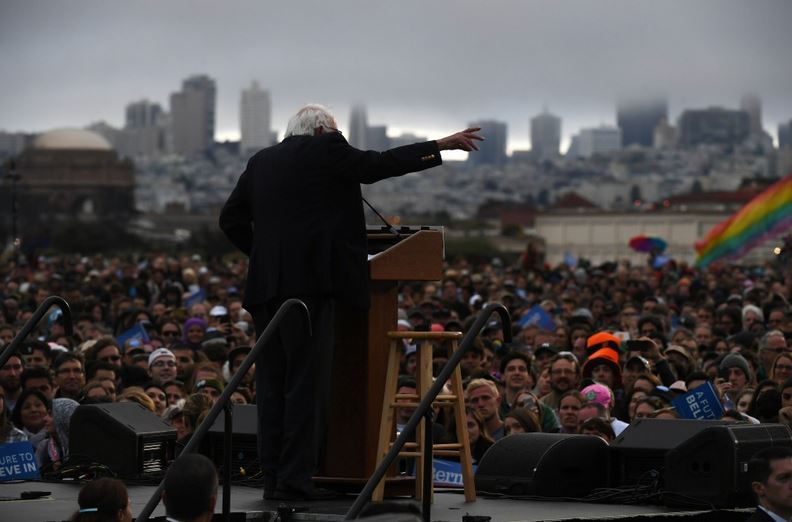 June 6, 2016 Sanders addresses a crowd during a rally at Crissy Field in San Francisco.
Photo credit: Matt McClain/The Washington Post
What do we want? We want to overturn the disastrous Citizens United [5] Supreme Court decision and move toward public funding of elections. We want universal voter registration [6], so that anyone 18 years of age or older who is eligible to vote is automatically registered. We want a vibrant democracy and a well-informed electorate that knows that its views can shape the future of the country.
Our criminal justice system is broken. We have 2.2 million people [7] rotting behind bars at an annual expense of $80 billion [8]. Youth unemployment in a number of inner-cities and rural communities is 30 to 50 percent [9], and millions of young people have limited opportunities to participate in the productive economy. Failing schools all around the country produce more people who end up in jail than graduate college. Millions of Americans have police records as a result of marijuana possession, which should be decriminalized. And too many people are serving unnecessarily long mandatory minimum sentences.
What do we want?  We want a criminal justice system that addresses the causes of incarceration, not one that simply imprisons more people. We want to demilitarize local police departments, see local police departments reflect the diversity of the communities they serve and end private ownership of prisons and detention centers. We want to create the conditions that allow people who are released from prison to stay out. We want the best educated population on earth, not the most incarcerated population [10].
The debate is over. Climate change is real [11]. It is caused by human activity, and it already is causing devastating damage in our country and to the entire planet. If present trends continue, scientists tell us the planet will be 5 to 10 degrees [12] Fahrenheit warmer by the end of the century — which means more droughts, floods, extreme weather disturbances, rising sea levels and acidification of the oceans. This is a planetary crisis of extraordinary magnitude.
What do we want? We want the United States to lead the world in pushing our energy system away from fossil fuel and toward energy efficiency and sustainable energy. We want a tax on carbon, the end of fracking and massive investment in wind, solar, geothermal and other sustainable technologies. We want to leave this planet in a way that is healthy and habitable for future generations.
What do we want? We want to end the rapid movement that we are currently experiencing toward oligarchic control of our economic and political life. As Lincoln put it at Gettysburg [13], we want a government of the people, by the people and for the people. That is what we want, and that is what we will continue fighting for.
[Bernie Sanders is a U.S. senator from Vermont and a candidate for the Democratic Party nomination for president. Follow @berniesanders [14] ]
Posted by Duane Campbell at 11:34:00 AM