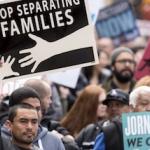 Spasms of fear often shake California, a state prey to earthquakes, fires, and floods. One such spasm—a manmade one—is shaking the state today.
Business is down at groceries featuring Mexican and Central American food, and at other stores catering to an immigrant clientele. The possibility of stakeouts by Immigration and Customs Enforcement agents has led thousands of Angelenos to abbreviate their daily rounds.
“Since Election Day, children are scared about what might happen to their parents,” says Angelica Salas, executive director of the Coalition for Humane Immigration Rights of Los Angeles. “And parents for their children. We fill out at least ten guardianship letters every day for [undocumented] parents who fear for their [U.S. citizen] kids if they—the parents—are deported.”
The fear is rooted in the grim reality of the new president’s war on immigrants, and in the power that ICE possesses to wage that war. “Sanctuary city, or sanctuary state, is a misleading term,” says State Senate President Kevin de León, who more than any other public official has emerged as the leader of California’s resistance. “It creates the image of an invisible force field you’re safe behind, or reaching home base when you’re a kid playing tag. Actually, that force field doesn’t exist. If you’re undocumented, ICE can pick you up whether you’re in Paducah or liberal Santa Monica.” ICE can and does conduct sweeps in search of undocumented immigrants, and it doesn’t need a warrant to do so.
All of which has made California’s undocumented—about 2.5 million, by recent estimates, fully one million of them in Los Angeles and Orange Counties—and their family members who are citizens, deeply and understandably fearful.
It has also made millions more Californians angry. The Trump crackdown on immigrants has few supporters in the Golden State. In a January poll, the Public Policy Institute of California asked respondents whether they believed “there should be a way for them [undocumented immigrants] to stay in the country legally if certain conditions are met,” or believed instead that “they should not be allowed to stay in this country legally.” Fully 85 percent said they should be allowed to stay, a figure that included 65 percent of Republicans. Asked further if they favored or opposed “California state and local governments making their own policies and taking actions—separate from the federal government—to protect the legal rights of undocumented immigrants,” 65 percent “favored” while just 32 percent “opposed.” 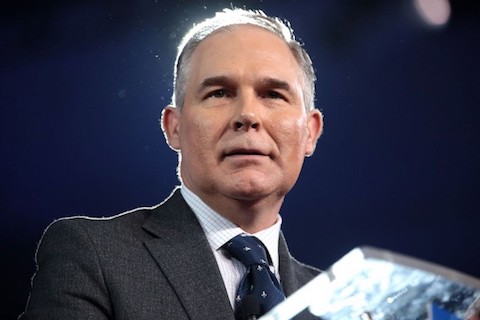 This article appears in the Spring 2017 issue of The American Prospect magazine. Subscribe here [1].