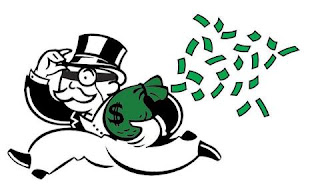 With John McCain’s announcement this afternoon that he will support the grotesque tax bill now before the Senate, the odds that the bill will pass have improved significantly.
In its (and McCain’s) defense, the bill does address one glaring deficiency under which the United States suffers: insufficient inequality. Today, our country still lags behind Mexico, among our fellow OECD members, when it comes to economic inequality. With the passage of the GOP’s tax reform, which will supercharge the upward redistribution of income and wealth, it becomes conceivable that we could match or surpass Mexico. We would still lag the level of inequality that existed in France under Louis XIV—not called the Sun King because he was a pauper!—but that would only give the Republicans a new target to shoot at.
Why did McCain decide to give Trump a victory this time around? We can only conclude that increasing inequality runs deep in Republicans’ DNA; it’s as reflexive, and as thoughtful, as the bounce of a knee when hit by a hammer.
A larger hammer is now poised to descend on the 99 percent. ~ HAROLD MEYERSON
Posted by Duane Campbell at 11:34:00 AM