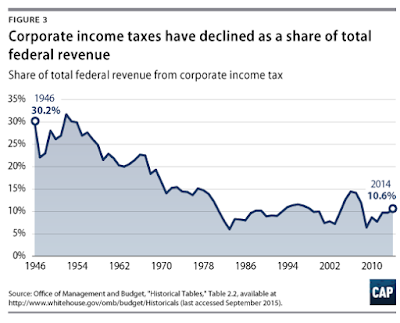 The Trump/GOP “Unified Framework” tax plan has something for everyone – if by everyone you mean the wealthy, corporate and non-corporate businesses and the alt-right.  The plan embodies both the neoliberal class warfare that believes poor people have too much money and rich people have too little money and connects with the social conservative politics that the Trump and the GOP draws upon to mobilize its supporters.
Class Warfare: I
Some of the class warfare politics of the Trump/GOP proposals are obvious; others less so.  The proposal provides a small tax cut for households in the bottom three quintiles, ranging from about 0.5 – 1.2% of after tax income in all cases well under the $1,182/family income boost claimed by Rep. Paul Ryan.  At the upper end of the income pyramid, the story is much different.  Over half of the total tax cuts for individuals will accrue to the top 1% of households, boosting their after tax incomes by 8.5%. Of course, life can be even better: the top 0.1% households would grab an average tax cut of almost $750,000, capturing over 30% of the total tax cuts for families and individuals.
And Trump has not neglected people like himself.  He – and others in his income and wealth sphere – will gain in three ways from the changes in the individual income tax.  First, the elimination of the alternative minimum tax (AMT): in 2005, Trump paid $38.4 million on income over $150 million – but without the AMT he would have paid only $7.1 million.

Second, capping the tax on pass-through income at 25% will benefit Trump, with over 500 of these vehicles as well as other users of pass-through entities such as hedge fund managers.  But maybe this provision is part of Trump’s job creation program: it will undoubtedly encourage an industry designed to help high-income individuals, otherwise subject to the two higher rates of 35% and 39.5%, try to turn themselves into pass-through entities.  For example, Joe Smith, CEO of XYZ Co. receiving $7.5 million annually and paying 39.6% on his income over $1 million, could restructure himself, as a pass-through entity that sold management services (Joe Smith) to XYZ Co, and pay a maximum rate of 25%.

The class warfare politics that underlie much of the  proposal are starkly illustrated in the proposal to phase out our only non-residential wealth tax, the estate tax.  Heirs to the large agglomerations of inherited wealth and class power that Theodore Roosevelt attacked with the estate tax at the beginning of the last century will rest more easily at night.

But the Trump/GOP plan also has a geopolitical thrust as well. The proposal would eliminate the deduction for state and local taxes (SALT).  This deduction is claimed by about 20% of filers but about 33% of the total value of the deduction goes to households in two states: California and New York.  Overall, the 6 states where tax payers deduct the largest amount under the SALT deduction all voted for Clinton in 2016 (OR, MD, NJ, NY, CA and CT). Targeting these states is also good neoliberal social policy: these are among the states that do more in terms of a social wage than the average state, and all are have a larger share of unionized workers than the national average.

Some less commented-upon parts of the plan seek to link neoliberal economics to social conservative political goals.  Three examples are illustrative. The plan:
·      codifies the “rights of unborn children” into federal law, declaring “a child in utero means a member of the species Homo sapiens, at any stage of development, who is carried in the womb;”
·      seeks to repeal the Johnson amendment that prohibits tax-exempt organizations, such as churches, from engaging in political activity; and
·      would also make it more difficult for immigrant parents to claim the child tax credit even if their children were born in the United States.

Senator Elizabeth Warren called out the Trump/GOP plan for a $2 trillion give-away to large corporations, singling out Wells Fargo, the poster child for bank corruption, as a major beneficiary.  Her attack was on the proposed cut in the corporate income tax rate from 35% to 20% and the proposal for a one-time chance to repatriate profits stashed “overseas.” (Most of the almost $3 trillion that U.S. financial and non-financial businesses hold “overseas” actually resides in the US.  It is only “overseas” for tax-accounting purposes.) The iconic neoliberal company Apple would be the largest beneficiary of the latter provision, with over 90% of its cash and marketable securities held “overseas.”

How do we organize against the Trump/GOP proposal?  We need to attack both the “middle- class tax break” and “job creation” cultural memes that Trump and his allies are already hyping.  The simplest way to counter the first point is to compare the tax cuts for middle-income households to those for high-income households as done above.

The job-creation meme requires a little more thought.  Many people believe that, if businesses have more money, they will invest and hire more workers, thus creating more jobs and perhaps raising wages. (We owe much of the cultural strength of this “common sense” to the arguments of mainstream -economists as echoed in the media.)  There are several flaws that we should articulate early and often.  First, yes, compared to the past, new investment has been low since the onset of the Great Recession.  But, second, this is not because of low profits for U.S. companies – profits are a record levels.  Third, so what have companies been doing rather than investing these record profits and creating jobs – speculating in financial markets and using much of their huge profits to buy back their stock.  This boosts the pay of top executives and shovels more wealth into the top 10% of households that own almost 80% of all stocks – but does nothing to create jobs.

One good place to get more talking points and agitational ideas: NotOnePenny.org.  Many of the organizations that DSA members and chapters work with are already partners in this group.  DSA should also join in order to continue Sanders’ fight about against the obscene levels of inequality that triggered so much support for him in 2016.

Bill Barclay is a member of both Chicago DSA and the Chicago Political Economy Group.

Reposted from Democratic Left.
Posted by Duane Campbell at 10:52:00 AM