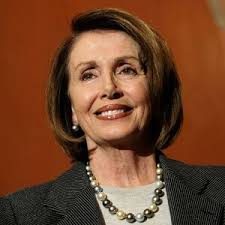 They’re gunning for Nancy Pelosi again. Democratic candidates in swing districts—even a few in solidly blue districts—are suggesting they might prefer a new and different leader in the House.
Since the early 2000s, Republicans have been running against Pelosi, in classic Republican style, by alleging she’s the personification of coastal elitism. The charges have been leveled so many times, much as similar charges were leveled at Hillary Clinton, that millions of Americans believe them, though they’d be hard-pressed to say what, exactly, Pelosi has done that can substantiate them.
Here, then, is a charge that sticks, that’s empirically verifiable: Nancy Pelosi has been the most effective legislative leader of either house of Congress since—well, way back. It was Pelosi who was responsible for the passage of the Affordable Care Act, when Rahm Emanuel and others were telling President Obama to give it up. It’s been Pelosi who has kept the House Democrats united in opposition to such Republican legislation as the tax bill. It was Pelosi who mobilized the House Democrats’ opposition to the Iraq War, which enabled them to capture the House in the 2006 election.
Indeed, Pelosi came to power in the House Democratic delegation not just because she had the backing of the liberals, but also because such old bulls as John Murtha and David Obey knew she was “operational”—able to craft and pass bills that needed to pass and block bills that shouldn’t. Her record compares favorably to such other legislative legends as Sam Rayburn and, as Senate majority leader, Lyndon Johnson.


I agree with the argument that Peter Beinart made last week in The Atlantic: that the right has gone after Pelosi because she’s a woman, and, like Clinton, a woman of manifest skills and accomplishments. (Why is there no pressure for Democratic senators running in red states to say they’ll vote against Chuck Schumer as their Senate leader? As a liberal with Wall Street ties, Schumer might look to be a classic GOP target—but the American Right’s deepest rages and phobias are directed at women and minorities.) Pelosi is also saddled with the cultural baggage, if baggage it be, that comes with representing San Francisco. (The phrase “San Francisco Democrat” was first used as a term of derogation by Jeane Kirkpatrick, Ronald Reagan’s neo-con UN ambassador, who coined it in a speech to the 1984 Republican Convention, which followed hard upon the Democrats’ ’84 convention, which had been held in San Francisco. She clearly intended it to be an allusion to San Francisco’s gay community and the city’s tolerance for them. Classy dame, that Kirkpatrick.)
Through such displays of bigotry, San Francisco became a punching bag for the GOP, and Pelosi became heir to that hatred when she was elected to Congress three years later.
The Democratic candidates now distancing themselves from Pelosi likely don’t know this history, or have even an inkling of where Pelosi ranks in the annals of legislative leadership. As Conor Lamb’s victory in last week’s special election in Trumpland, Pennsylvania, indicates, the Democrats may do very well this year in historically Republican districts. If so, they’ll face a choice right after November’s election: Do they want their leader and agenda to reflect the politics of those districts, or the politics of the Democratic base? Pelosi gets unity when unity is required on tough votes, but she also lets Democrats vote their districts when they need to. If the party is going to be housed under a bigger tent post-November, she has no trouble with that; indeed, no one has worked harder across the years to elect Democrats everywhere. But I’ll be damned if Democrats can find a better ringmaster. ~ HAROLD MEYERSON