Trump Wants to Use California Disaster Funds to Build Wall 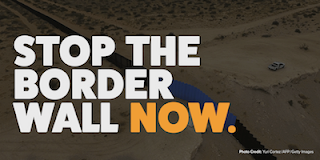 Border wall funds could be diverted from a pool meant for Puerto Rico, Texas and other areas hit by disasters. CNN: “The Trump administration is actively examining using billions of dollars in unspent Defense Department disaster recovery and military construction funds for the construction of a border wall in the event the President declares a national emergency, according to a US official. 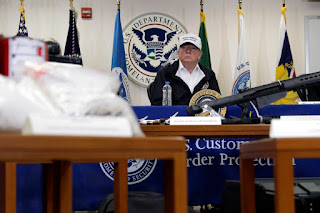 Congress appropriated $14 billion in supplemental funds to repair infrastructure in areas of the country hardest hit by disasters including hurricanes, like Hurricane Maria which slammed Puerto Rico in 2017 and resulted in the deaths of nearly 3,000 people. In anticipation of a national emergency declaration, the official tells CNN that the Pentagon was asked to provide lists of unspent funds including those earmarked for civil works projects that are part of disaster recovery in Puerto Rico, Texas, California, Florida, and elsewhere. The official said the funds were only recently received. There is more than $13 billion not yet physically spent on the infrastructure repair projects, but that have been promised to these communities. For instance, more than $2 billion planned for projects in Puerto Rico has not yet been spent. More than $4.5 billion for projects in Texas, including those related to 2017’s Hurricane Harvey, has also not been spent. Trump was briefed Thursday on a proposal to use $5 billion for portions of the wall based on priorities identified by the Department of Homeland Security, the official said. Under a current proposal, a 30-foot high steel slat wall — the so-called bollard wall — would be put up across 315 miles of federal lands over 18 months. As the government shutdown continues with no deal between the White House and congressional Democrats in sight, President Trump inched closer to declaring a national emergency to approval to begin construction of the border wall.”
Posted by Duane Campbell at 11:22:00 AM