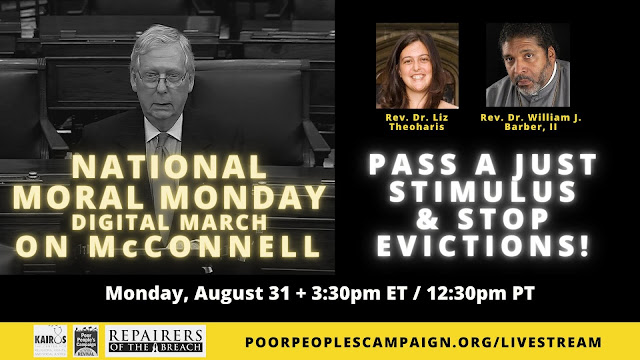 Majority Leader Mitch McConnell must stop playing politics with the lives of poor and low-income people, who are being forced out of their homes during a pandemic. As of Aug. 24, the last remaining federal protection established by the CARES Act vanished, leaving an estimated 30 million to 40 million Americans facing eviction. And that number doesn't include those who could lose their homes from foreclosure.

RSVP to join us on Monday August 31 at 3:30pm ET /12:30pm PT to hear from those on the frontlines of this crisis and once again flood McConnell’s phone lines with thousands of calls.