MLK; Saving the Soul of America 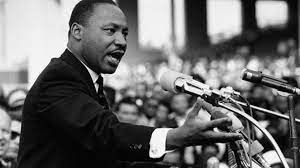 We have posted the piece by Maurice Isserman on MLK on our blog.

MLK: Saving the Soul of America

On Martin Luther King Day, leftists remember that his heart was with democratic socialists, mainstream writers talk about his dream and today’s realities, and rightwingers contort themselves to claim something of his legacy. Even if you;re a person who knows nothing about King, you’ve probably heard about his “I have a dream” speech and may even have read it or listened to it in school. Chances are that you’re less familiar with another speech, the one that, as Maurice Isserman asserts, “changed the conversation,” about the war in Vietnam and in doing so helped change the mind of an entire country. Delivered from the pulpit at the Riverside Church in Manhattan a year before he was assassinated, this sermon helped turn the tide of public opinion. As we honor King’s life, let’s remember the power of moral witness. Below is Isserman’s column from the Democratic Left series on events that changed our national conversation.–Eds.

Fifty years ago, on April 4, 1967, Martin Luther King, Jr. delivered an impassioned speech at the Riverside Church in Manhattan. In eloquence and power, it matched the one he gave at the Lincoln Memorial in 1963. Unlike that earlier (and better remembered) effort, his topic was not civil rights but the war in Vietnam, an ever-escalating conflict that had killed nearly 20,000 American servicemen since 1963, along with hundreds of thousands of Vietnamese, North and South, military and civilian.

We thank Democratic Left for this post and link.