Edwards Only Top Dem to Take on Wall Street 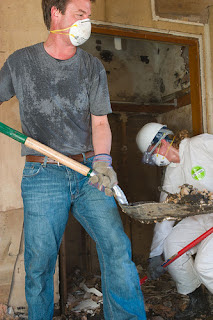 By Dean Baker
Posted on December 26, 2007
http://www.alternet.org/story/71650/
It would be difficult to identify much difference between the three leading Democratic presidential candidates' positions on major economic issues. They have come forward with comparable positions on taxes, healthcare and trade. Insofar as it is possible to identify differences between Hillary Clinton, John Edwards and Barack Obama, it is primarily due to judgments about their level of commitment and the powers to whom they will answer.
On taxes, all three candidates have said they want the wealthy to pay a larger portion of the bill, which starts with taking back the Bush tax cuts on families earning more than $200,000 a year. All three have proposed eliminating various loopholes that primarily benefit the wealthy. Edwards has gone the furthest in this respect, calling for raising the capital gains tax rate back to the pre-Clinton level of 28%. This tax increase almost exclusively affects the wealthy. Most of the capital gains earned by middle-class families are either from selling their home, which is generally not taxed, or in retirement accounts that are subject to normal income tax rates.
All three contenders have proposed a national healthcare system that is a variant of the plan developed by Yale political scientist Jacob Hacker. The basics of the plan are to require that all firms either insure their workers directly or pay a fee to the government. The government then uses this money to heavily subsidise insurance for low- and moderate-income families. It also establishes an expanded Medicare-type public plan that people will have the option to buy into. In addition, it reforms the private insurance market, most importantly by requiring that insurers not discriminate based on pre-existing conditions.
Both Clinton and Edwards would impose a mandate that everyone buy into this system. Obama has claimed that he would not require a mandate. As a practical matter, the healthcare system that any of them are able to put in place will depend on the arms they twist and the pressure they can bring to bear against the insurance companies, the pharmaceutical industry and other powerful actors who will be hurt by real reform.
Any serious plan will require a mandate - this directly follows from its requirement that insurers take all comers. Without a mandate, no one would buy insurance until they had serious bills. This would be like letting people buy car insurance after an accident, and then sending the company the bill. That doesn't work.
All three contenders have said that they want to break with the Bush-Clinton-Bush trade agenda. Since recent trade deals like Nafta and Cafta are hugely unpopular, especially among Democrats, this position is not surprising. What their position means in practice remains to be seen. For example, in spite of her newfound opposition to these trade deals, senator Clinton found the time to vote for the recent Peru trade pact, which is largely in the Nafta/Cafta mode.
As a practical matter, the country has already gone about as far as it can in placing its manufacturing workers in competition with low-wage workers in the developing world. The impact of any future trade deals on the US economy will be almost imperceptible. A decline of the dollar by an additional 10% against the currencies of our trading partners would swamp the impact of all currently pending trade deals.
On this issue there are likely to be substantial differences among the candidates. Former Treasury secretary Robert Rubin is likely to be the guiding light for economic policy in a Clinton or Obama administration. Rubin was the architect of the high dollar policy of the 1990s, which led to the massive trade deficits of recent years. He remains an enthusiastic supporter of a high dollar. Therefore Clinton or Obama would be more likely than Edwards to sacrifice the jobs and wages of manufacturing workers in order to prop up the dollar.
Rubin's Wall Street agenda would also apply to other areas of economic policy, most importantly the budget. Rubin places balanced budgets and even budget surpluses at the centre of his economic vision. A push to a balanced budget will seriously curtail the ability to extend healthcare coverage, promote access to childcare, promote clean technologies and address other neglected priorities. By contrast, Edwards has clearly stated that he does not view a balanced budget as a priority, arguing instead for deficit targets that prevent the debt from growing relative to the size of the economy. The willingness to accept deficits may prove especially important in the context of an economy that could be in recession when the next president takes office.
In short, Edwards has set himself apart from the other two top candidates by indicating a clear willingness to challenge an agenda set on Wall Street. If a President Edwards actually carried through with this course, he would pursue a very different economic agenda than his two leading rivals.
Dean Baker is co-director of the Center for Economic and Policy Research.
© 2007 Independent Media Institute. All rights reserved.View this story online at: http://www.alternet.org/story/71650/
Posted by Paul B at 1:21:00 PM