Demographic Change and the Future of the Parties 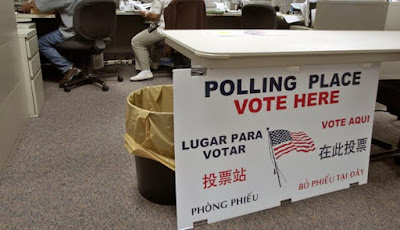 The tectonic plates of American politics are shifting. A powerful concatenation of demographic forces is transforming the American electorate and reshaping both major political parties. And, as demographic trends continue, this transformation and reshaping will deepen. The Democratic Party will become even more dominated by the emerging constituencies that gave Barack Obama his historic 2008 victory, while the Republican Party will be forced to move toward the center to compete for these constituencies. As a result, modern conservatism is likely to lose its dominant place in the GOP.

The bulk of this paper provides a detailed analysis of the demographic shifts transforming the electorate. This analysis is followed by a brief discussion of the geographical dimension of these changes. It concludes by exploring the long-term implications of these changes for the parties.

Key findings on the electorate’s demographic transformation are examined below.

Heavily Democratic minority voters (80 percent for Obama) increased their share of votes in U.S. presidential elections by 11 percentage points between 1988 and 2008, while the share of increasingly Democratic white college graduate voters rose 4 points. But the share of white working-class (not college-educated) voters, who have remained conservative in their orientation, has plummeted by 15 points.

That’s a pattern that’s repeated in state after state, helping send those states in a Democratic direction. In Pennsylvania, for example, the white working class declined by 25 points between 1988 and 2008, while white college graduates increased by 16 points and minorities by 8 points. And in Nevada, the white working class is down 24 points over the same time period, while minority voters are up an amazing 19 points and white college graduates by 4 points.

These trends will continue, and the United States will be majority-minority nation by 2042. By 2050, the country will be 54 percent minority as Latinos double from 15 percent to 30 percent of the population, Asian Americans increase from 5 percent to 9 percent, and African Americans move from 14 to 15 percent.

Professionals are now the most Democratic and fastest-growing occupational group in the United States, and they are a huge chunk of the burgeoning white college graduate population. They gave Obama an estimated 68 percent of their vote in 2008. By the middle of this decade, professionals will account for around one in five American workers.

Democrats also generally do better among women than men, and they do particularly well among growing female subgroups such as the unmarried and the college educated. Seventy percent of unmarried women voted for Obama, and an estimated 65 percent of college-educated women supported him. Unmarried women are now 47 percent, or almost half, of adult women, up from 38 percent in 1970, and college-educated women are an especially rapidly growing population. Their numbers have more than have tripled in recent decades, from just 8 percent of the 25-and-older female population in 1970 to 28 percent today.

Finally, growing religious diversity favors Democrats as well, especially rapid increases among the unaffiliated (75 percent of whom voted for Obama). Unaffiliated or secular voters—not white evangelical Protestants—are the fastest-growing “religious” group in the United States. The percentage of adults reporting no religious affiliation almost tripled from 1944 to 2004, rising from 5 percent to 14 percent. Projections indicate that by 2024, 20 percent to 25 percent of U.S. adults will be unaffiliated.

This trend—combined with growth among non-Christian faiths and race-ethnic trends—will ensure that by the 2016 election (or 2020 at the outside) the United States will have ceased to be a white Christian nation. Looking even farther down the road, white Christians will be only around 35 percent of the population by 2040, and conservative white Christians, who have been such a critical part of the Republican base, will be only about a third of that—a minority within a minority.

It’s difficult to look across these many demographic changes and not believe that the Republican Party as currently constituted is in need of serious and substantial changes in approach. These changes could include the following:

■Move to the center on social issues. The culture wars may have worked for a while, but shifting demographics make them a loser for the party today and going forward. A more moderate approach would help with Millennials, where the party must close a yawning gap, and with white college graduates, who still lean Republican but just barely. The party also needs to make a breakthrough with Hispanics, and that won’t happen unless it shifts its image toward social tolerance, especially on immigration.

■Pay attention to whites with some college education and to young white working-class voters in general. The GOP’s hold on the white working class is not secure, and if that slips, the party doesn’t have much to build on to form a successful new coalition. That probably also means offering these voters something more than culture war nostrums and antitax jeremiads.

■Another demographic target should be white college graduates, especially those with a four-year degree only. The party has to stop the bleeding in America’s large metropolitan areas, especially in dynamic, growing suburbs. Keeping and extending GOP support among this demographic is key to taking back the suburbs. White college graduates increasingly see the party as too extreme and out of touch.

■In the long run the GOP has to have serious solutions of its own that go beyond cutting taxes. These solutions should use government to address problems but in ways that reflect conservative values and principles. Antigovernment populism is something the party is clearly comfortable with— witness its evolving line of attack on the Obama administration. But it’s likely not enough to just denounce the other side and what they have done or propose to do in populist terms.

In short, the “party of no” has a limited shelf life. That strategy might help the party make significant gains in 2010, but it will not be enough to restore it to a majority status. For that, a conservatism must be built that is not allergic to government spending when needed and even to taxes when there is no responsible alternative. The party must paradoxically find a way to combine its standard antigovernment populism with pro-government conservatism.

The Democrats, for their part, are in a considerably more comfortable position. They have exchanged their old coalition for a new one based on emerging demographics and have already gone through the painful process of ideological reexamination and change that the GOP is currently avoiding.

Their chief challenge now is governance, which is daunting in its own right. They have an ambitious agenda in areas such as health care, financial reform, education, energy, and global relations that they are having some success in pursuing. If these policies have their intended effects and make serious progress toward remedying problems in these areas, Democrats will be in very good shape indeed and will solidify their support among emerging demographics while destabilizing what is left of the GOP coalition.

Conversely, if the Democrats fail to produce—whether through ineffective programs, fiscal meltdown, or both—even an unreformed GOP will remain very competitive despite the many demographic changes that are disadvantaging the party. The next few years will tell the tale.
Posted by Paul B at 11:03:00 AM

The National Popular Vote bill would guarantee the Presidency to the candidate who receives the most popular votes in all 50 states (and DC).

Every vote, everywhere, would be politically relevant and equal in presidential elections. Candidates would need to care about voters across the nation, not just undecided voters in a handful of swing states.

The bill would take effect only when enacted, in identical form, by states possessing a majority of the electoral votes--that is, enough electoral votes to elect a President (270 of 538). When the bill comes into effect, all the electoral votes from those states would be awarded to the presidential candidate who receives the most popular votes in all 50 states (and DC).

The bill uses the power given to each state by the Founding Fathers in the Constitution to change how they award their electoral votes for president.

On June 14, 2010, after a detailed study of the issue in 2009 involving over 6,500 League members from over 200 local Leagues, the League of Women Voters endorsed the National Popular Vote bill at their annual convention in Atlanta.. "We support the use of the National Popular Vote Compact as one acceptable way to achieve the goal of the direct popular vote for election of the president until the abolition of the Electoral College is accomplished"

The bill has been endorsed or voted for by 1,922 state legislators (in 50 states) who have sponsored and/or cast recorded votes in favor of the bill.