Brown V. Whitman- Its the economy 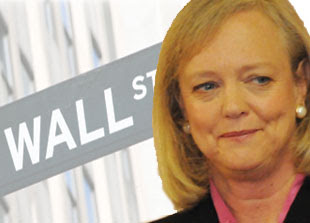 Reviving California's economy: Meg Whitman versus Jerry Brown
Both have put forth plans to address the state's loss of industrial manufacturing. Neither goes far enough.
Harold Meyerson
For all their differences, Meg Whitman and Jerry Brown agree on one thing: California needs an industrial policy.
For half a century, aerospace was California's dominant economic engine. But then the end of the Cold War led to a radical contraction of the aerospace industry. Since then, the state has subsisted on bubbles, and it has wilted each time they popped. Neither the dot-com industry nor housing â€” the two chief sources of economic activity in this state for the past 15 years â€” offered the kind of sustainable and broadly shared prosperity that Californians took for granted in the years between 1940 and 1990. The high-tech companies that have flourished in this state over the past 20 years have created great wealth, but with much of their manufacturing done offshore, that wealth has not been shared with California production workers.
Both Whitman and Brown understand that loss of manufacturing is a key factor in the state's economic decline, and they have put forth economic plans to address it. But neither of their strategies does enough to restore the state to its onetime industrial preeminence.
Whitman seeks to remedy the problem through classic Republican policies: reducing taxes and regulations on businesses. Some of her targeted tax cuts make sense, like increasing the R&D tax credit and creating a tax credit for factory equipment. But the massive cuts she proposes to state services will only further the decline of California's aging infrastructure and harm a public education system that badly needs improvement.
Brown also favors tax reductions for factory equipment, and outlines other incentives to boost manufacturing. He also commits himself to major infrastructure upgrades, and he singles out the clean-energy sector as the industry the state should do most to help. Unlike Whitman's plan, his clean-energy program has a demand as well as a supply side: By mandating that 33% of the state's electricity come from renewable sources, his plan would create a larger market for the industry it seeks to boost.
Brown's ideas are good as far as they go, but they don't go far enough in one key particular: identifying the revenue sources for the improvement of our infrastructure and the rebirth of our manufacturing. History here may provide a guide.
Contrary to libertarian myth, California's economic ascent was largely funded and devised by its governments. To obtain the water that enabled the state to grow during the early 20th century, California historian Kevin Starr wrote, "Los Angeles, and, to a lesser extent, San Francisco, functioned more like entrepreneurial corporations â€¦ than passive municipalities concerned narrowly with public safety and the delivery of local governmental services." In the years following World War II, government spending on defense was the primary fuel for California's growth. And it was investments by Pat Brown, California's greatest governor, in the state's universities, roads and water systems that made the state's economy the marvel of the world for much of the second half of the 20th century.
How can the state, in its sadly depleted condition, make that kind of investment now? One possibility might be a state infrastructure bank of the type proposed on a national level by Connecticut Democratic Rep. Rosa L. DeLauro. As DeLauro has sketched it out, such a bank, by committing $25 billion in public funds, could generate close to $600 billion in public-private funds going to build or improve rails, roads, bridges, airports and the like. Another possibility could be a state innovations bank, which could fund some of the clean-energy activities that Brown has proposed, and could help innovative new companies scale up to mass production here rather than go abroad. Former Intel CEO Andy Grove has identified this stateside scaling-up issue as crucial to America's economic future. If California has any of the ingenuity and gumption it used to have, surely the state can play a role in helping innovative companies thrive here.
During Jerry Brown's first term as governor, a number of California economists argued for establishing a state bank, but the idea never took off. California needs one now a lot more than it did in 1975. Brown's current ideas are, on balance, better than Whitman's when it comes to rebuilding the state's economy, but they too will fall short without a plausible source of funding. The question will be whether Californians can summon the will, as they did throughout much of their history, to create the policies and commit the funds to reconstruct their state.
Harold Meyerson is editor at large of the American Prospect and a columnist for the Washington Post. He is doing a six-week guest columnist stint on our Op-Ed page on Tuesdays.
Los Angeles Times
Posted by Duane Campbell at 7:44:00 PM