Free Screening of INSIDE JOB 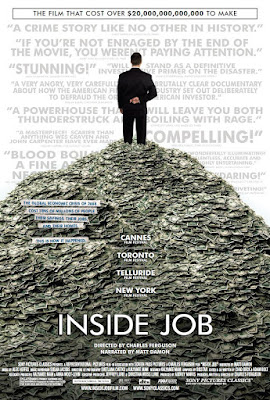 "Four Stars! An angry, well argued documentary." -- Roger Ebert, Chicago Sun-Times
"A powerhouse of a documentary that will leave you both thunderstruck and boiling with rage." -- Kenneth Turan, LA Times
"This cogent, devastating synopsis is the definitive indictment of the titans who swindled America and of their pals in the federal government who enabled them.”
-- Mary & Richard Corliss, Time Magazine