Michelle Alexander's visit to Sacramento May 25, 2011 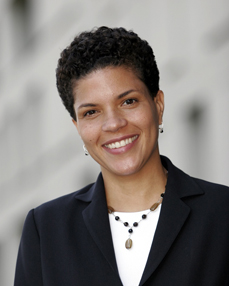 On Wednesday, May 25, 2011 from 6:30pm-8pm at the Women’s Civic Improvement Center, 3555 3rd Ave., Sacramento, CA the Sacramento Chapter of All of Us Or None (AOUON) and the Sacramento Area Black Caucus (SABC), is inviting the public to a free lecture and book signing events featuring Michelle Alexander, legal scholar and noted author of “Mass Incarceration in the Age of Colorblindness.”

The New Jim Crow: Mass Incarceration in the Age of Colorblindness (The New Press, 2010). See http://www.newjimcrow.com/. The book is a bold challenge to the widespread belief that our nation has finally "triumphed over race" with the election of Barack Obama. Jim Crow laws were wiped off the books decades ago, but an astounding percentage of the African American community is warehoused in prisons or trapped in a permanent, second-class status. By targeting African Americans through the War on Drugs and the "get tough" movement, the U.S. criminal justice system now functions as a contemporary system of racial control. So many of the old forms of discrimination -- denial of the right to vote, automatic exclusion from juries, and legal discrimination in employment, housing, education, and public benefits -- are suddenly legal again once you have been branded a felon. Alexander argues that we have not ended racial caste in America; we have merely redesigned it.