Rebuilding the American Dream: Why Starting a Liberal Antidote to the Tea Party Movement Isn't Going to be Easy

The latest attempt to create a liberal antidote to a Tea Party movement that's caused such a stir in American politics in recent years (there have been others) is called, “Rebuilding the American Dream.” It's the brainchild of Van Jones, a visionary and charismatic progressive who, after being victimized by a Fox News-led smear campaign, was forced to resign his position as “green jobs czar” in the Obama administration. 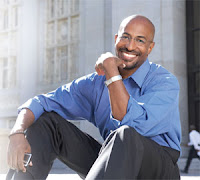 Jones partnered with dozens of groups, including MoveOn.org, with its well developed list of Internet-savvy progressive activists and the infrastructure to coordinate hundreds of house parties nationwide that would kick off the new effort. On Sunday, I attended two of them in San Francisco, eager to see if liberals could inspire their own grassroots movement to push back against the right.

I had just finished reading veteran New York Times reporter Kate Zernicke's excellent book, Boiling Mad: Inside Tea Party America. As I munched on crackers and cheese at the first party, held in a nice, upper-middle-class home high in the hills overlooking the Bay, it quickly became apparent that building a progressive tea party will be no easy task.

The 15 people assembled to start a new movement were almost a mirror image of the Tea Partiers themselves. They skewed older – at 41, I was the youngest person in the room – and they were furious about what they saw happening in Washington. (Those at the second gathering, held in the Mission District, were, on average, a bit younger.) “I'm tired of just taking it,” said one participant, adding, “I'm ready to fight back.” Another said she was sickened by the fact that politicians appear to be increasingly “out of touch with the needs of ordinary American people,” and said that she had come to the party “because I want to feel empowered.”


In other words, they were desperate to “take their country back.” On its face, the only things that separated the group from your typical Tea Party get-together were that they knew Medicare is a government program and the fact that four of those in attendance were people of color.

But there were a number of differences between these activists and the Tea Partiers, and they don't portend well for the future of the movement.

After listening to a recorded greeting by Van Jones and Deepak Bhargava, executive director of the Center for Community Change – another partner organization – we broke into small groups to vote on what we felt were the most important among a laundry list of issues.

The Tea Parties, in contrast, have an easy-to-bumpersticker narrative that the right has spent decades cultivating. Government is bad, liberals are undermining America and if the “free market” were just freed from the burden of pasty-faced bureaucrats' meddling, prosperity would return. They have focus-group tested but ultimately nebulous catch-phrases – “restoring the Constitution,” and returning to the views of the “founding fathers.” They don't rally around a laundry-list of wonky conservative policy proposals that could have been generated by the American Enterprise Institute (although they are quick to support those policies when called upon).

The Tea Partiers also inhabit a world where the news they get confirms their previously held beliefs, allowing them to discount any information that conflicts with that simple narrative as just so much “liberal media bias.” That view is reinforced daily by an activist conservative media – Fox News, conservative outlets like the Washington Times and the right-wing radio gab-fests – for which progressives have no counterpart. Those assembled mentioned watching shows like Thom Hartmann's RTV program and reading publications like AlterNet, but the dedicated progressive media simply lacks the same reach, and isn't as relentless at demonizing its ideological opponents.

More importantly, the Tea Parties are a cultural phenomenon. Activists, writes Zernicke, say “the most rewarding aspects of the Tea Party work is the ‘friendship’ and ‘fellowship’” it provided. For all of its emphasis on individualism, they “believed in this fellowship, of belonging to something greater.” That was not seen at the meetings I attended on Sunday. At the second meeting, we opened with a perfunctory round of sharing our personal stories as recommended by MoveOn.org; in the first meeting, the group unanimously voted to skip that part altogether.

For all their claims that the Tea Partiers have a laser-like focus on fiscal matters, it's that cultural affinity rather than any set of policies that sustains the movement. Zernicke visited the offices of Freedomworks – a corporate-backed conservative group that helped propel the “leaderless” Tea Party movement to prominence with professional training and slick PR. There, she found that “the real work of spreading the Tea Party brushfires was done by a small knot of about twenty take-no-prisoners young conservatives” working with “the Red Bull-and-beer spirit of a fraternity.”

But the far-larger majority of Tea Party supporters—those who forward the emails, sign the petitions and occasionally attend the rallies—are a different story. For them, writes Zernike, “fiscal responsibility meant not bailing out the car companies or the people who had taken out mortgages they couldn’t afford. It meant cutting waste and earmarks.” Couched in the rhetoric of patriotism and “freedom,” such ideas were incredibly attractive, but “it wasn’t clear that [these Tea Partiers] understood that the strict Constitutionalist approach would eliminate benefits for the elderly, subsidies for students who could not afford college on their own, laws that made sure banks couldn’t disappear with people’s savings overnight.”

The movement, says Zernicke, “depend[s] on the blurring of ideological differences,” which she likened to “an older man ignoring that he had no music or cultural references in common with his young trophy wife.”

The Tea Partiers' sense of shared identity is crucial to their success. Who were those assembled in San Francisco on Sunday? American dreamers? Baby-boomer liberals? The Tea Partiers may be just a new name for the Republican party's conservative base, but it is a brand that allows them to claim to be “ordinary Americans” standing above the partisan fray.

Perhaps the greatest obstacle to emulating the Tea Partiers is that those in attendance on Sunday, while ideologically liberal, were also members of the “reality-based community.” They were angry about rising inequality, the out-of-control growth of corporate influence over our elections, the GOP's hardline positions on the role of government and a host of other real-world issues. We pored over these issues the way any gathering of engaged progressives might – arguing back and forth about which ones represented “core” problems, and which ones were merely symptoms arising from those problems.

But we were not convinced that we were fighting for the nation's very existence. It is far easier to be incensed when you believe your opponents are “socialists,” who “hate America” and are trying to undermine its very essence. It is far easier to be spurred to action when you fear the government is being run by an illegitimate foreigner, setting up “death panels” with which to kill your grandmother, or threatening to intern its opponents in FEMA concentration camps.

Unlike the Tea Partiers, whose views of America's past is, in the words of historian Jill Lepore, “not just kooky history, but anti-history,” progressives understand that Americans had long been divided ideologically, and had always wrestled with questions similar to those being debated today. The Tea Partiers' greatest strength may come from their hubristic belief that they are not simply descendants of the Federalists, the Bourbon Democrats or, more recently, the Southern Democrats, but that they represent the heart and soul of a largely mythic America.

None of this is to suggest that Jones' new project won't have an impact. The Tea Partiers have proved that a small group of dedicated activists can have an outsized impact on the discourse, if not policy outcomes, and those who attended the Rebuilding the American Dream house parties committed themselves to continuing the fight by getting more people involved, lobbying their representatives and staying engaged. We should all wish them success -- it's worthy work. But we shouldn't pretend that the challenges inherent in building a real and lasting movement to counter the Tea Partiers aren't very real.

Joshua Holland is an editor and senior writer at AlterNet. He is the author of The 15 Biggest Lies About the Economy: And Everything else the Right Doesn't Want You to Know About Taxes, Jobs and Corporate America. Drop him an email or follow him on Twitter.