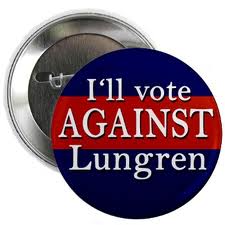 The Alliance for Retired Americans, affiliated with the AFL-CIO and some twenty unions, held a Town Hall Meeting on the Crisis in Social Security Funding today in  in the  Rancho Cordova (Sacramento,) California  district of U.S. Congressman Dan Lungren.  Some 80 people turned out to analyze the attacks on social security and Medicare in the Ryan Republican Budget.  Speakers from OWL (Older Women’s League) , the Alliance and Health Access as well as retirees from numerous unions discussed  the attacks on Medicare,  on Medicare, and the current Republican imposed crisis of  refusing  to increase the debt ceiling.  Analyses of the effects of the proposed Medicare cuts and Medicaid cuts to the specific 3rd. Congressional District of California were shared.   The current Congressperson in the 3rd. in Republican Dan Lungren who barely survived a close election challenge in 2010. Literature on each of these topics can be found at the Alliance web site at  www.retiredamericans.org.
The meeting was attended by at least 80 people.   The great majority were over 50 years of age and affiliated with unions. The Ryan Budget bill was described by speakers  as an assault on Medicare and a repeal of  the Affordable Care Act of 2009.  Speakers also discussed the Republican sponsored effort to pass a regressive Balanced Budget Amendment to the U.S. Constitution.


Speakers argued that the Republicans are holding the country hostage by refusing to raise the debt ceiling; they will only do so if the federal government caps domestic spending at a fixed percentage of GDP and passes a balanced budget amendment. Both of these policies would have disastrous long-term results for the U.S. economy.  The Republicans also refuse to raise taxes, even by permitting the last set of “temporary” Bush-era tax cuts to lapse.
The Republicans’ concern for the “deficit crisis” is hypocritical. Conservative policies of tax cuts for the rich and deficit-financed military expenditure are the real causes of our deficit problem, not excessive government spending on health, education, and child care.  There is no deficit crisis in Social Security.  It is made up by Republican operatives. Nearly half of the total $14.2 trillion total debt owed by the United States government derive from loss in government revenue due to the Reagan and Bush tax cuts for the wealthy and corporations and by their administration’s huge increases in military spending.
For a display of the sources of debt see. http://www.nytimes.com/2011/07/24/opinion/sunday/24sun4.html
Posted by Duane Campbell at 8:21:00 PM