Unions, MoveOn Warn Obama Not to 'Cave' in Secret Negotiations With House GOP 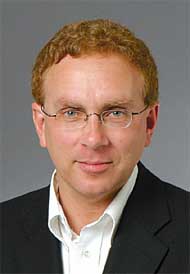 by John Nichols
The Obama White House is reportedly in the process of negotiating a secret debt deal with House Republican leaders that could include deep cuts to Medicare, Medicaid and Social Security. The deal would not, according to media reports, significantly or immediately address the need for new revenues that can be derived from fair taxation of the wealthiest Americans.

Bad for American seniors and Americans who anticipate that one day they will be seniors.

Bad for the American economy.

And bad for Barack Obama politically.

So unions and progressive groups have moved to prevent any deal from moving forward.

MoveOn.org, AFL-CIO, CREDO Action, Democracy for America, PCCC, AFT, Campaign for America’s Future and Change Nation organized an Emergency Call-In Day “to demand Democrats in the House and Senate stand strong and keep their promises to reject any debt deal that slashes programs for seniors and working families while doing little or nothing to make the rich and corporations pay their share.”

Tens of thousands of call were being made Friday to Democrats in the House and Senate “demanding that they reject the terrible deal being reportedly negotiated by the White House.”

And union leaders were speaking up in blunt opposition to any compromise by the president and the Democrats on the issue of preserving Medicare.

“If press reports about a potential deal on deficit reduction turn out to be true, Medicaid will be eviscerated, access to healthcare for millions of Americans will be gutted and millions of jobs will be lost. This is morally wrong and Congress should not allow it to happen,” declared Service Employees International Union president Mary Kay Henry.

“Reported revenue measures in the deal are worse than the ‘Gang of Six’ proposal and let corporations and millionaires off the hook and avoid paying their fair share,” continued Henry, whose union has long been closely aligned with Obama. “On behalf of 2.1 million members, SEIU will not support a deal with these outcomes.”

Vermont Senator Bernie Sanders was already rallying opposition to any deal that cuts Social Security, Medicare and Medicaid, saying: “The time is now for the American people to become significantly involved in that debate and not leave it to a small number of people here in Washington.”

MoveOn.org executive director Justin Ruben warned: “Any deal that slashes programs for seniors and working families while doing nothing to make the rich and corporations pay their share is a total non-starter and Democrats in Congress should rule it out immediately.”

“The Democratic base did not work night and day to elect Democrats so that they could cave to Tea Party extremists who are intent on gutting the social safety net millions of us fought to establish and protect,” explained Ruben, who notes that House minority leader Nancy Pelosi and Senate majority leader Harry Reid have worked long and hard to highlight Democratic opposition to this sort of deal. “Leaders Pelosi and Reid have been clear that a deal that includes no revenues, or that cuts Social Security and Medicare benefits, cannot get the votes of their respective caucuses. Democratic Members of Congress must keep up this strong stance. Anything less would represent a betrayal of everything Democrats stand for.”

Obama and his aides want to cut a deal.

But they cannot cut just any deal.

If the White House assaults programs such as Medicare, Medicaid and Social Security, the president will find—either quickly, via opposition from Congressional Democrats, or over time, via the collapse of energy and enthusiasm among his party’s activist base—that he is negotiating away not just his party’s legacy but perhaps the prospect of his own reelection.

John Nichols is Washington correspondent for The Nation and associate editor of The Capital Times in Madison, Wisconsin. His most recent book is The “S” Word: A Short History of an American Tradition. A co-founder of the media reform organization Free Press, Nichols is co-author with Robert W. McChesney of The Death and Life of American Journalism: The Media Revolution that Will Begin the World Again and Tragedy & Farce: How the American Media Sell Wars, Spin Elections, and Destroy Democracy. Nichols' other books include: Dick: The Man Who is President and The Genius of Impeachment: The Founders' Cure for Royalism.
Posted by Paul B at 6:54:00 PM