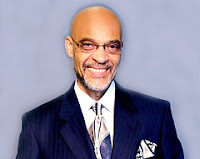 In quick succession, two brightly lit danger signs burst on President Obama's re-election road. The first was the recent Washington Post/ABC poll that found that there are nearly as many African Americans who say that they are displeased with Obama's performance as those who say that they approve. The prime reason for the discontent is jobs, or the lack thereof, in black communities. The jobless rate has hit crisis levels in many inner-city communities, and the perception is that the president simply isn't saying and doing enough to combat the crisis. The criticism is not fair, given the absolute refusal of Congressional Republicans and more than a few Democrats to kick out another penny for job stimulus and training programs, and given the crushing burden of having to beat back every effort by the same forces determined to hack, slash and vaporize any spending on education and infrastructure. Nonetheless, the perception is still that Obama hasn't done enough on the black jobs front. And that hurts.

The second danger sign is directly tied tight to the first. When Congressional Black Caucus chair Emmanuel Cleaver flatly called the debt ceiling deal a "sugar-coated Satan sandwich," that raised eyebrows and the inevitable and seemingly eternal question: is this yet another signal that the Caucus is displeased with the president's compromise and conciliation with the GOP to get a debt ceiling deal, or is there a deeper meaning, namely that many black legislative officials are hearing the grumbles and feeling the heat from more blacks about Obama's perceived failure to take more aggressive action to deal with black needs? The Caucus has straddled the fine line between extreme care not to say and do anything that will give any more ammunition to Obama's sworn enemies to attack him on policy questions, and certainly not to feed any public impression that their support for Obama -- and, by extension, that of black voters -- has in any way diminished.

But the other side of that fine line is the crisis of black joblessness, compounded by an exploding wealth gap between black and white households that is at a modern-times high. The expectation, driven by mounting desperation, is that Obama must take off the wraps and mount a frontal assault on the problems of the black poor. But that bumps up squarely against the political reality that the GOP, Congress and a divided and just-as-conciliatory Democratic Party have severely restricted the already tightly constricted political maneuverability that Obama had to jumpstart new initiatives and programs to tackle the jobless plight of black males and the disproportionate number of blacks in home foreclosure, spend more to combat failing inner city public schools and black homelessness, and push criminal justice reform.
The criticisms of Obama's perceived failings have hit the mark with some blacks. But criticism means little when faced with the stark political reality, and that's that, no matter how poorly some blacks think Obama has performed in confronting urban problems, and how much they rail at him for being too willing to make nice with the GOP, and even to reach out to other groups such as gays and Hispanics but not to black groups. But if not Obama, then who? It's beyond absurd to even suggest that any of the pack of GOP presidential contenders as any kind of alternative to Obama. For the past half-century, blacks have given every Democratic presidential candidate and president an unflagging 80 to 90 percent of their vote. This will not change in 2012, whether Obama was the Democratic presidential contender or not. Even if some blacks, out of frustration, discontent or dislike for Obama, were tempted to look elsewhere, the GOP contenders have made it clear in word and deed they will mount a full assault on every program and initiative on health care, education, infrastructure investment, labor and civil rights protections and, most importantly, increased federal spending on job creation, as well as holding the line on funding cuts to Medicaid, Medicare and Social Security. Few black voters are prepared to back anyone that would do that.
The fall-off in Obama's poll approval ratings among some black voters is no surprise. The expectation that Obama could whipsaw a GOP that has dug its heels in and opposed any and every program and initiative on Obama's legislative table, corporations and banks that refuse to prime the job creation and lending pump, a legion of vacillating and weak-willed Democrats, and a towering financial crisis, to wage an open, sustained battle for black needs was always a fantasy. But it's no fantasy that despite the danger signs in the criticisms and disappointment of many blacks, Obama is the only thing that stands between the GOP and their total economic and political ruin.
Earl Ofari Hutchinson is an author and political analyst. He is a weekly co-host of "The Al Sharpton Show" on American Urban Radio Network. He is an associate editor of New America Media. He is host of the weekly "Hutchinson Report Newsmaker Hour" on KTYM Radio Los Angeles, which is streamed onktym.com, featured as a podcast on blogtalkradio.com, and presented as an Internet TV broadcast on thehutchinsonreportnews.com. Follow Earl Ofari Hutchinson on Twitter @earlhutchinson.
Posted by Paul B at 2:24:00 PM