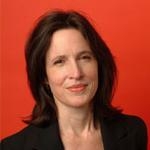 The White House, once again, is pivoting to jobs. And once again, it is doing so in a way that’s unlikely to create any. Several weeks ago President Obama embarked on a manufacturing tour, highlighting its role in job creation. Few paid attention. Nothing changed.

Next week, the president will try again. In the wake of a debt-ceiling deal that is certain to harm an already fragile economy, the president is embarking on a bus tour through the Midwest to talk about jobs. It’s not clear what the administration expects will come from such a tour, save for a few local news stories in a few midsized media markets. For an economy desperate for bold action, for a people desperate for some genuine relief, this surely won’t cut it.

Obama used to say on the campaign trail that we can’t keep doing the same thing over and over again and expect a different outcome. He was right. Isn’t it high time he take his own words to heart?


There is no question that our circumstances qualify as extraordinary and demand a laserlike focus by the president on job creation. At the pace of job growth we’ve seen over the past three months, we will never, not ever, reach normal levels of employment in America again. We know now that only 58 percent of American adults are employed, the lowest number in nearly three decades. We know that, as of last month, 6.2 million Americans have been out of work for more than six months. Forty-six million Americans are on food stamps, a national record.

Larry Summers, the former chairman of the president’s Council of Economic Advisers, thinks we have a 1 in 3 chance of a double-dip recession. Robert Reich, former labor secretary, sees those chances as closer to 50-50. If this isn’t a genuine national emergency, one that requires a fierce sense of urgency, what is?

Let’s be clear: There is a limit to what the president can do. To succeed, he must be a joined by a movement. But there is a movement afoot, one that is prepared to take on this fight. The American Dream Movement is mobilizing tens of thousands of people in all 435 congressional districts with a simple message: jobs, not cuts. That is a message the American people support by more than a 2 to 1 margin. On Monday, the organizers released a job-creation plan written by 127,000 Americans.

This is the kind of movement Obama needs. Rather than merely acknowledging that the American people are with him, he must mobilize them; he must fight alongside them. And rather than demand that Congress write a jobs bill, a process certain to be bogged down by obstruction and lobbyists and corporate money, he should write his own — one that would actually, genuinely, do something big and meaningful for the economy.

We need a president who will stand up to Congress, especially at a time when 82 percent of Americans disapprove of what it has done to this country. We need a president who will articulate, not just in his speeches, but in legislation, what every leading economist has said: that an economy desperate for consumer demand requires big, strategic investments; and that to create jobs, we have to spend money. We need a bill (like the Progressive Caucus’s People’s Budget) that acknowledges that pulling money out of a weak economy only weakens it further and that accepting the right’s economic philosophy is tantamount to accepting America’s demise.

Consistent, tenacious persuasion is an extraordinarily powerful tool. The Republican Party understands this. Over the past several months, it has relentlessly repeated its false mantra that spending cuts create jobs. And the public, in response, increasingly believes this to be true. What then, is to stop the president, powered by a movement of dedicated and mobilized Americans, from making his own case for the economy? What is to stop him from convincing the American people that the things the economy requires are the things we ought to be fighting for? What is required other than will? Great leaders, when confronted by crisis, act.

Compromise is not a solution. Nor is it an effective counter-narrative. For the past two years, as psychology professor Drew Westen said in an opinion piece for the New York Times, Barack Obama stared into the eyes of history and chose to avert his gaze. Those who elected him cannot afford his doing so any longer.
Posted by Paul B at 2:40:00 PM