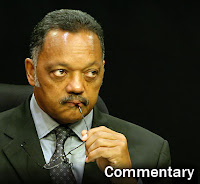 People are turning. The misery is too widespread. The privileged are too brazen. The injustice too apparent.


On Wall Street, young students have created a free democratic space in a place they call Liberty Square. They protest that Wall Street has been rescued, but there is no help for most Americans. In a moving statement, they presented their view:
“We are the 99 percent. We are getting kicked out of our homes. We are forced to choose between groceries and rent. We are denied quality medical care. We are suffering from environmental pollution. We are working long hours for little pay and no rights, if we are working at all. We are getting nothing while the other 1 percent is getting everything. We are the 99 percent.”
Their demonstrators were scorned in the beginning. They had no clear demands. They were organized with no formal structure. They were squatting out in the rain, not allowed tents or bedding.
But they understood the value of nonviolence. In the face of pepper spray and police provocation, they stayed disciplined. As they were being dragged away to be arrested, they said to the police, “We are the 99 percent. We are fighting for your pensions. You should stand with us.”
They made no demands but their analysis was dead on. The wealthiest few are capturing all the rewards of growth in this society, while the large majority falls behind. Wall Street got bailed out, rescued without being reorganized, while homeowners were left to fend for themselves.
Inequality has reached levels not seen since before the Great Depression. With this kind of inequality — with the top 1 percent having as much income as the bottom 60 percent the economy doesn’t work well. The rich turn to speculation. The middle class sinks. And the country suffers.
Now conservatives are talking about sending the bill for Wall Street’s excesses to the most vulnerable — cutting Medicare and Social Security, slashing spending on public education.
Many of the kids in Occupy Wall Street are graduating from college with thousands in college debt and no jobs are to be found. They are the 99 percent.
The discipline of their demonstrations, the clarity of their moral voice, has touched a chord. Now groups are organizing to occupy financial districts in some 57 cities. Demonstrators have been arrested in Boston and San Francisco. The New Bottom Line is leading sit-ins at big banks in cities across the country. And this Wednesday, labor unions and civil rights and community action groups will join in New York in a march to support Occupy Wall Street.
A movement for change is building across the country. In July and August, without much press attention, citizens flooded congressional town hall meetings to demand jobs. Congressional caucuses created jobs tours. And they made a difference. The president chose to put out the American Jobs Act and demand that Congress act. People are turning.
Occupy Wall Street is in that tradition of nonviolence with a moral voice organizing to challenge entrenched power and privilege, a movement that stands with the majority against a powerful elite. To date, this has been a remarkable commitment to nonviolent protest, with creative and new techniques.
It was reported that the Wall Street traders drank champagne in their offices as they looked down on the drenched and straggly demonstrators in Liberty Square. They should hold their scorn. This is how change takes place. The courageous stand up — and more and more people come to their side. The movement for jobs and justice has started up again.
Posted by Paul B at 12:55:00 PM