Bill Fletcher: My frustration with the left when it comes to electoral politics 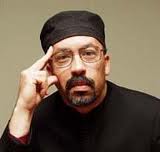 I was recently asked to participate on a panel regarding the Left and electoral politics.  I declined.  For many people this may seem strange since I have been a very strong proponent of the Left looking at electoral politics strategically.  Well, that is all true but I have encountered a problem and maybe you can help me resolve it.
Most Left “debates” on electoral politics take a very predictable
route.  It looks something like this:
.                Electoral politics will not bring about socialism and freedom.
.                The Democrats have consistently sold us out. They are the party of the rich.
.                The Republicans and the Democrats are two wings of the same evil bird of prey.
.                We need an alternative.
.                Therefore, either:
Abstain from electoral politics and wait till the masses, in their millions rise up against capitalism, or…
Create a pure, anti-corporate (if not anti-capitalist) third party right now and start running in elections even if we do not have a snow-ball’s chance in hell of winning.
What I have found striking about this line of thought, and the so-called debates that unfold around it, is that they are actually un-political and lack any sort of concrete analysis.
Let’s be clear so that we do not have a needless exchange.  Electoral politics under democratic capitalism will not result in our freedom.  Second, the Democrats are not the party of the working class.  So, now that we have that out of the way, what do we do?
Electoral politics is a field of struggle.  It is an arena.  On that arena, however, we on the Left can do two things:  participate in the struggle for popular power and raise issues that have the possibility of gaining greater attention.  Much of the Left focuses on the latter and ignores the former.  Many who focus on the struggle for power, however, abdicate being Left altogether.  Therein exists the challenge.


Given the undemocratic nature of the US electoral system, a concrete analysis of the USA (rather than other countries) means that we have to grapple with what it means that in most elections independent, third party candidacies fail and are viewed as spoilers.  There are certainly historical exceptions, but those exceptions prove the general rule.  This means that a concrete examination of US electoral politics must focus on the notion that a third party movement on the Left will more than likely result from an “insurrection” within the Democratic Party and a major section of its base (with the character of such an “insurrection” being more of a united front rather than a pure, Left challenge).  This is to be counterposed with the idea that such a party arises out of nothing, or to put it in its best case, out of generalized popular discontent.
So, if we on the Left really want to discuss electoral politics we must examine a concrete question:  what do we do in the USA given the nature of the electoral system?  If your answer is to simply raise the red flag of radicalism to see who salutes, with all due respect, you are not serious about politics; you are stuck in the world of pure ideology.
The larger challenge for the Left in electoral politics is conducting the fight, in and through our mass organizations, for the recognition of the need for an independent, progressive program that represents the interests of the downtrodden and the dispossessed.  We should not start with organization in the abstract, but with program.  We then need to figure out under what conditions we run people within Democratic Party primaries and under what circumstances we run independently.  Always, I should add, recognizing that this is a fight within the context of democratic capitalism for structural reforms, thereby laying the basis for the longer-term struggle for socialism...
…That is, if we are interested in the fight for power rather than just being ‘correct.’  But, alas, it will mean that we will need to get a bit untidy in the alliances we will need to build.
Show me a ‘purist’ revolution and I will show you a bridge that you can buy for almost nothing.
Bill Fletcher;
Bill Fletcher, Jr., is a longtime labor, racial justice and international activist. He is an Editorial Board member and columnist for BlackCommentator.com and a Senior Scholar for the Institute for Policy Studies in Washington, DC. He is the immediate past president of TransAfrica Forum and a founder of the Black Radical Congress.  Fletcher is the co-author (with Fernando Gapasin) of Solidarity Divided, The Crisis in Organized Labor and A New Path Toward Social Justice (University of California Press). He was formerly the Vice President for International Trade Union Development Programs for the George Meany Center of the AFL-CIO. Prior the George Meany Center, Fletcher served as Education Director and later Assistant to the President of the AFL-CIO.   Fletcher got his start in the labor movement as a rank and file member of the Industrial Union of Marine and Shipbuilding Workers of America. Combining labor and community work, he was also involved in ongoing efforts to desegregate the Boston building trades. He later served in leadership and staff positions in District 65-United Auto Workers, National Postal Mail Handlers Union and Service Employees International Union (SEIU).

Published in Bill Fletcher
Posted by Duane Campbell at 10:53:00 AM