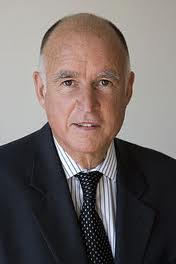 The proposed California  budget for next year says that income will be  $15.7  billion less than expected.
The report is here.  http://www.dof.ca.gov/documents/2012-13_May_Revision.pdf
California does not have enough money to continue the funding of schools, universities, fire and safety, and social services.  The Republican Party has consistently refused to raise taxes.  So, the Republican legislative blocking  has forced the following cuts.
Medical, child care, Cal Works, Nursing homes, In Home Supportive Services, Cal Grants ( college tuition), and a forced employee pay cuts (5%) – such as a 4 day work week.  These cuts are from the current budget. The May Revision provides level funding for k-12 schools.
If the tax proposals are not passed in November, there will be an additional $5.6 billion dollars  cut from  K-12 schools.  These are called trigger cuts.  They will be automatic if the initiative is not passed.
These draconian cuts are imposed because the state will not- or can not – deal with corporate tax evasions.  We know of $10 billion in tax evasions from Apple, and there probably is a similar tax evasion by Google, Yahoo, and other internet companies.
California is  Not Broke , but corporate tax subsidies are destroying our schools.
We suffer from two problems: a huge concentration of income at the very top of the income distribution and a tax system that fails to tax  that concentration.  Our tax system asks those with less to pay more and those with more to pay less.


The state fell over $6 billion behind state forecasts for this year.  Thus, the legislature  again faces cuts as proposed by the Governor.   More cuts to schools, more cuts to social services, health care,  child support, police and fire protection.
This approach to economics is called austerity.  It doesn’t work.   Governor Brown cited Ireland, Greece, and Spain in his budget talk, but he continued the policies that have ruined these economies.  hAusterity is being tried in Greece, Italy, Spain, Great Britain, and Ireland, among others.  It does not work.  Austerity makes the economy worse – and thus further reductions of tax receipts and further cuts.
The economic crisis of 2007 to the present made matters worse.  The state took in some $30 billion less in taxes and thus had less to send to the schools.  School budgets have been cut by some $10 billion.  K-12 education receives about 40% of the California budget.  Thus any decline in the state budget leads directly to cuts in school services.
The question for the corporate agenda, promoted by  the Chamber of Commerce among others  is can the economy prosper with a poorly educated work force.  California grew and prospered from 1970- 1994 based upon a well educated work force.  Then, in the 1994-2008 period over $10 billion of tax cuts were passed – making the current crisis much worse. Last  week we learned that Apple, and other corporations, are avoiding over $10 billion in taxes by moving one small office to Nevada.   California suffers from a decade of  corporate tax cuts and public disinvestment.  Today,  instead of following the education  approach,  conservative anti tax forces have imposed an Mississippi approach on California.
California public schools are in crisis- and they are getting worse. This is a direct result of massive budget cuts imposed by the legislature and the governor in the last four years.  Total per pupil expenditure is down by over $1,000 per student. The result- massive class size increases.  Students are in often classes too large for learning.  Supplementary services such as tutoring and art classes have been eliminated.  Over 14,000 teachers have been dismissed, and thousands more face lay offs this fall. This is not the fault of teachers.

California schools are now 47th. in the nation in per pupil expenditure and 49th in class size.  Our low achievement scores on national tests reflect this severe underfunding.
California suffers from a decade of disinvestment in education and in infrastructure.   We   need to invest in roads, bridges, telephone lines, communications systems, parks, clean energy and quality education.  These are the down payments that make prosperity possible.   The Republican Party is blocking all efforts to raise taxes ignoring the undeniable  historic fact that prosperity depends upon having a viable educational system and a well functioning infrastructure.  And the Democrats in the legislature and the governor’s office are simply saying, “we must cut”, the Republicans make us do this.
We have a stalemate at the state and national level and this government dysfunction makes   the current depression last longer.  We will have an opportunity in November to slow  the decline, but not to reverse the policy.   This depression will continue until we require the corporations to pay their share of taxes.  They benefit from the taxes.  They get roads, bridges, an educated work force, police and fire protection, etc.
As Supreme Court Justice Oliver Wendell Holmes said,   "Taxes are what we pay for civilized society.''