CSU Faculty Union votes to prepare for a strike

Faculty Union in California votes to authorize a strike. Would be the first system wide strike in state history. 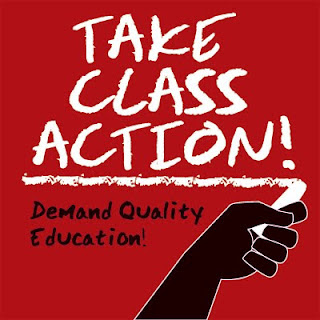 California State University faculty voted to  approved a measure to give their union leaders the power to authorize a strike next fall that could delay the beginning of school for thousands of students across the 23-campus university system.  The CSU is the 23 campus system of California.  The University of California does not have a faculty union with collective bargaining recognition although some of its staff and employees belong to unions.
A powerful 95% of the  faculty voters agreed that the CSU’s instructional faculty, should initiate rolling walkouts if the CSU administration continues to demand concessions.
Equally as impressive was the turnout, with 70% of CFA members voting to send an unmistakable message to Chancellor Charles B. Reed – state austerity is killing higher education in California.
Lillian Taiz, president of the California Faculty Association, said, “Today, the faculty has spoken loud and clear – we have had enough of the way in which they are being treated by the CSU administration.”


Taiz continued, “Enough of executives putting themselves above the needs of the students, and of the public university. Enough of managers using budget cuts as an excuse to destroy the quality of students’ education. The message to Chancellor Reed is absolutely clear.
“The CSU faculty have run out of patience. It is time to address seriously the issues before us so that our faculty can get back to the business of providing quality higher education to the students of California.”
The announcement on Wednesday sets in motion a series of events that could result in school not reopening this fall for some 400,000 CSU students due to a massive series of strikes.
The two sides will meet Thursday to explore getting the talks back on track. If that meeting fails, the process will move to fact-finding, the final step in the legal process to get a contract in public higher education.
“We have said all along that we want to reach a settlement at the bargaining table. We call on the Chancellor to get serious about negotiating an agreement that works for everyone involved. If he refuses, then he forces us to proceed with a strike. That is not what we want and it’s not what the CSU needs,” said Andy Merrifield, chair of the faculty union bargaining team and a professor of Political Science at Sonoma State University.
For more details read the story by Seth Sandronsky in the Sacramento Union Labor Bulletin.  http://www.saclaborbulletin.com/2012/04/csu-students-speak-on-faculty-union-action/
Posted by Duane Campbell at 7:45:00 PM