Why are students so apathetic ? 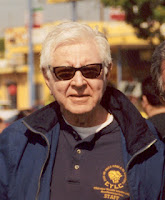 Writing books and writing blogs are similar. They should be truth. If they were not the author loses credibility and his/her ability to convince suffers. This is how it should be.  But Arizona is testing this rule of thumb.

The assault on the truth in Arizona makes it impossible for those seeking the truth to get traction, and like Sisyphus; they fall into a rut with the boulder rolling back on them, at every turn.

Because of the apparent futility and ability to communicate, people become dispirited. Those who continue to fight have to resort to hyperbole to get their message across. They become so desperate that they want to emotionally shake up people to get their attention.

A hyperbole is defined as an exaggeration of fact, but in my experience this not necessarily true. The speaker just wants to wake up people.

Hyperbole was used in the 1960s before the anti-war demonstrations when students were told that they were exaggerating the truth.  When people finally woke up thousands of Americans, and hundreds of thousands of Vietnamese were dead.

The truth be told, a motivated student mass stopped the use of nuclear weapons and the bombing of innocent civilians. At home changes were brought about by politicized students, which made possible the enrollment minorities into all white student campuses.

Students were interested in a more just society, and they were attracted to groups that had a social purpose. Consequently, the number of fraternities and sororities fell drastically on college campuses.

One of the roles of students was to act as champions of the underdog and confront tyranny.  Because of this, Latin American students were targeted by dictators.

The United States does not have a tradition of student activism. And recent in times campus activism has become an endangered species.

It is difficult to build mass movements on campuses when public colleges and universities have been privatized, and tuition at four year public institutions run close to $10,000 a year.

My reaction to this apathy has passed through stages, beginning with frustration and then turning into anger. The Arizona experience has lessened my patience.

The Arizona reality is that corporations have taken over state and local governments and most elected officials have capitulated to corporate interests. It is not hyperbole when I say that Arizona has become a fascist state where “[a]ll pretenses of democracy are flung to the winds.” In Germany it began with the suppression of labor and then teachers; in Arizona these sectors have been reduced to a whimper.

In times like these I have found myself trying too hard, and becoming a motivational speaker instead of a teacher, relying on what some may call hyperboles to make my point. But, is it a case of exaggeration? In a democratic society this something we cannot answer unless we are allowed to test the facts, which is impossible in Arizona.

As an educator I am always searching for reasons why students are so apathetic. The other day I was at an event at Tia Chuchas, a community center in Sylmar, California, where I appeared with Luis Rodríguez, an internationally known novelist. Luis and his wife Trini founded and fund Tia Chuchas.

The audience was made up mostly of students with some community activists present.  Among other things we discussed the situation in Tucson and the state and future of Chicana/o Studies.  There was only one other university professor present although there were several teachers.

During the discussion period, I noticed that the students were willing to criticize the system but were silent about their programs and teachers.  The silence was almost deafening.

I saw this silence as one of the major reasons as to why there has not been a major revolt among progressives in Arizona and among Chicana/o Studies professors nationwide. My feeling is that we have either grown complacent or that we cannot handle the truth.

I asked the attendees why they were not angry. Why haven’t they criticized, for example, the Chicana/o Studies Department at California State University at Northridge?  Were the students satisfied that only two or three professors attend MEChA meetings and that, for the most part, the overwhelming majority of Chicana/o studies professors nationally have been complacent about the destruction of the Tucson Unified School District Mexican American Studies Program?

I knew instantly that I had pushed the choir too hard; however, it did provoke a discussion.

Luis was the voice of reason. He cautioned that anger could also be very destructive. Many community programs have been destroyed by unbridled anger and what often amounted to unreasonable demands.

I conceded the point but I pointed out that there is a danger in being reluctant to criticize Chicana/o professors and administrators because they are our friends. This is the symptom of a much greater national problem.

Relationships differed in the sixties and seventies when some programs went through periods of turmoil. Criticism often went too far and programs perished or entered into a state of just existing.

What is happening in Chicana/o Studies is a microcosm of what is happening in society. The same thing is happening within professional and community organizations and in the political arena. Few leaders or politicos have contact with the mass of students or the public. Their world is comprised of a professional activist class made up of what have become their friends and in many cases their extended family.

After the Tia Chucha meeting I continued the dialogue. The students said that they had tried to talk to faculty members and that they responded that they did not go to MEChA meetings because MEChA was not like it was in the early days or that they were teaching during the hours of the MEChA meetings.

I asked them why they did not press the professors as why they didn’t go to the meetings to make MEChA like it was in sixties.  Also, why didn’t they change their schedule in order to make the meetings?

The truth be told, the professors were giving pretexts. Most of today’s faculty members were in grade school in 1970. If they were in MEChA it was in decline. Moreover, most are not involved off campus, and they are not heavily involved in professional activities.

Maybe I am over simplifying it but involvement with students is part of teaching (it is called mentoring). If we don’t like teaching, we should find another profession.

Is the answer for students to get mad as hell and act like Robespierre, creating a climate where the Madam Guillotine lops off heads? Given today’s times, what was good in the 1790s is not necessarily a model for today.

We are at the point that social movements, outside the bought off Tea Partyers and the small Occupy Wall Streeters, have become complacent and reluctant to criticize not only their professors but their elected officials and leaders.

Those who do not want to go along with the situation escape into social media like Facebook where they have relatively little impact. (What is happening in the Middle East and Europe is an aberration. I concede that social media can be used to motivate people. The question is, how?)

Ironically, you cannot even escape criticism by writing in the isolation of Facebook. Many of my friends object to my portrayal of Latino National Organizations and leaders and the Latino community’s cheerleading of the political processes. They are not comfortable with criticism.

A sail boat is called a sail boat because its sails pick up the wind. If you do not have any wind the boat does not move and you do not reach your destination. Without using hyperbole, we are going to have to blow wind into the sails of our community.

In this context, Arizona has given us a powerful wakeup call,
It has exposed our weaknesses.

If we cannot deal with problems in Arizona; if we cannot hold onto a basic program like Mexican American Studies; if we cannot get the federal government to enforce the U.S. Constitution, how in the hell can we call ourselves a political force?

We have more than enough people to move a progressive agenda. But, it can only be achieved through united action. This will not happen as long as we live under illusions such as Chicano Power; we are the Number 1 Minority; we are the future. All that matters is if we can get the boat to sail and tack our way to a common destination.

The alternative is to stay stuck in the middle of the ocean and do nothing. But, if we do nothing the end will be to drown in the cesspool that our society is becoming.
Ed. Note.  The Bilingual Multicultural Education Department at CSU-Sacramento had many of the characteristics of Chicano Studies. It graduated the greatest number of  Chicano/Mexicano teachers in Northern California.
It was eliminated in May, 2012, with little outrage.  Here is a description of the events. https://sites.google.com/site/democracyandeducationorg/chicano-mexican-american-digital-history-project/history-of-bilingual-education-dept-at-sac-state

Depositions begin this week in the case against HB 2281. You can donate by clicking on to http://saveethnicstudies.org/  . We are run entirely by volunteers; however, depositions are expensive. Please donate at least $5 a month.

Depositions have started in the case against Sean Arce and José González. Four hours of depositions were taken of both Arce and Gonzalez. Our side deposed Ward this past week. Please donate: https://www.wepay.com/donations/144408
Posted by Duane Campbell at 3:07:00 PM