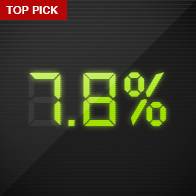 In September, public-sector employment increased by 10,000.  However, over the last four years, it has declined by 572,000.  With kids heading back to the classroom this fall, it’s worth considering how much of that drop has hit public schools. Around 40 percent of the decline in public sector employment over the last four years was in local government education, which is largely jobs in public K-12 education (the majority of which are teachers, but also teacher aides, librarians, guidance counselors, administrators, support staff, etc.). Furthermore, public K-12 enrollment increased by 0.8 percent over this period (using the enrollment growth rates found in Table 1 here). Just to keep up with this growth in the student population, employment in local public education should have grown at roughly the same rate, which would have meant adding around 62,000 jobs. As the figure shows, adding what was lost to what should have been added to keep up with the expanding student population, the total jobs gap in local public education as a result of the Great Recession and its aftermath is over 300,000.  For more on the teacher gap, see this post.

From the Economic Policy Institute.
Posted by Duane Campbell at 8:57:00 PM