Fiscal scam; not a Grand Bargain


Most of This article was published on 12.06.12. Sacramento News and Review.- Except the first paragraph is new. 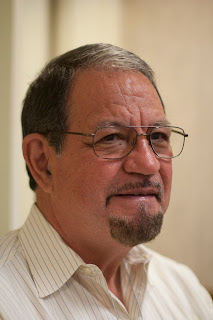 If your tax bill goes up $2,200 a year, or you're one of the millions who would stop receiving unemployment benefits, the cause of your economic pain is not some a natural disaster, or a major structural flaw in the economy. The cause is Republican fear of being beaten in a primary by people like Sarah Palin, Sharon Angel or Richard Mourdock - funded by far Right Wing oligarchs like Sheldon Adelson and the Koch Brothers. It's that simple.
We do not need more austerity. If you want some small steps, President Barack Obama suggested extending the Bush-era tax reductions for the bottom 98 percent of earners. This is a proposal that almost everyone agrees with. Let’s disagree over cuts for the top 2 percent and work out a compromise.
We should immediately reauthorize funding for extended unemployment benefits to prevent 1.5 million workers and their dependents from losing their benefits. California has received federal funds of more than $5 billion for extended unemployment insurance. If these funds are cut, it could well throw California back into a recession.
We should reject the fiscal-cliff hysteria of the corporate establishment and its pressure for a “grand bargain” that would cut Social Security, Medicare and Medicaid. If the government imposes austerity measures and reduces essential programs that benefit the middle and working classes, it further shreds the safety net for the most vulnerable.