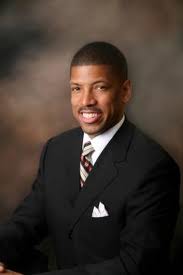 WalMart schools in Sacramento
A fine by the California Fair Political Practices Committee (FFPC) against Mayor Kevin Johnson revealed that the Mayor has received  $500,000 dollars from the Walton Family – the owners of WalMart- for his advocacy through the organization StandUP.
The money did not go to the public schools but to advocacy for specific positions. Mayor Johnson has a number of well known positions on “school reform” starting with his initial role in privatizing Sacramento High School as a charter.   He serves as Chair of U.S. Secretary of Education Arne Duncan’s Education Reform Task Force.
Applying the WalMart perspective to schools would privatize  the public institutions.  WalMart is notoriously anti union and exploits its workers for the family’s own gains.  Low wages; pushing wage scales down: few benefits; passing  costs such as  adequate food and health care of workers off to the public programs; and an authoritarian even totalitarian management environment  are mainstays of WalMart stores.  I don’t think they will be able to import the teachers from China, but they will be able to cut wages, benefits, and job security. See http://forrespect.org.


One way you could improve schools would be to adequately fund them, however during the recent vital election to  fund the schools through California Prop. 30, Mayor Johnson and his wife Michelle Rhee were occupied in campaign events in other states. http://choosingdemocracy.blogspot.com/2012/11/what-was-kevin-johnson-doing-during.html
Kevin Johnson’s approach to school change is consistent with the anti teacher  efforts of Democrats for Educational Reform (see prior posts). Also see https://sites.google.com/site/democracyandeducationorg/