Krugman- Perspectives on the Deal 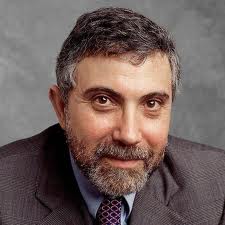 Paul Krugman,
To make sense of what just happened, we need to ask what is really at stake, and how much difference the budget deal makes in the larger picture.
So, what are the two sides really fighting about? Surely the answer is, the future of the welfare state. Progressives want to maintain the achievements of the New Deal and the Great Society, and also implement and improve Obamacare so that we become a normal advanced country that guarantees essential health care to all its citizens. The right wants to roll the clock back to 1930, if not to the 19th century.
There are two ways progressives can lose this fight. One is direct defeat on the question of social insurance, with Congress actually voting to privatize and eventually phase out key programs — or with Democratic politicians themselves giving away their political birthright in the name of a
Grand Bargain. The other is for conservatives to successfully starve the beast — to drive revenue so low through tax cuts that the social insurance programs can’t be sustained.
The good news for progressives is that danger #1 has been averted, at least so far — and not without a lot of anxiety first. Romney lost, so nothing like the Ryan plan is on the table until President Santorum takes office, or something. Meanwhile, in 2011 Obama was willing to raise the Medicare age, in 2012 to cut Social Security benefits; but luckily the extremists of the right scuttled both deals. There are no cuts in benefits in this deal.
The bad news is that the deal falls short on making up for the revenue lost due to the Bush tax cuts. Here, though, it’s important to put the numbers in perspective. Obama wasn’t going to let all the Bush tax cuts go away in any case; only the high-end cuts were on the table. Getting all of those ended would have yielded something like $800 billion; he actually got around $600 billion. How big a difference does that make?


Well, the CBO estimates cumulative potential GDP over the next decade at $208 trillion.So the difference between what Obama got and what he arguably should have gotten is around 0.1 percent of potential GDP. That’s not crucial, to say the least.
And on the principle of the thing, you could say that Democrats held their ground on the essentials — no cuts in benefits — while Republicans have just voted for a tax increase for the first time in decades.
So why the bad taste in progressives’ mouths? It has less to do with where Obama ended up than with how he got there. He kept drawing lines in the sand, then erasing them and retreating to a new position. And his evident desire to have a deal before hitting the essentially innocuous fiscal cliff bodes very badly for the confrontation looming in a few weeks over the debt ceiling.
If Obama stands his ground in that confrontation, this deal won’t look bad in retrospect. If he doesn’t, yesterday will be seen as the day he began throwing away his presidency and the hopes of everyone who supported him.