A Nation Fails Its Youth When Millions Go to College Presidents, Not Students
http://my.firedoglake.com/brandonj/2013/12/18/a-nation-fails-its-youth-when-millions-are-given-to-presidents-not-students/ 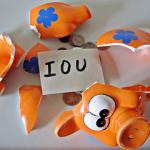 A recent report by The Chronicle for Higher Education has found 42 private college presidents made over $1 million in executive pay, up from last year’s figure of 36 millionaire presidents. The list was based on 2011 federal tax data from institutions receiving endowments.
University of Chicago president Robert J. Zimmer was first on the list with $3,358,723 in total compensation. This is an increase compared to former New School president Bob Kerrey’s total compensation of $3,047,703 when he was first last year.  Last year, Zimmer was ninth on the list with $1,597,918 as compensation.
To place the salary in context, the University of Chicago, for the 2011-12 year, had its tuition and fees as $43,780. The average debt of students, in 2012, was $22,663 and 34 percent of students graduated with debt that same year, according to Project on Student Debt.
Last year, when The New York Times reported on the list, Jack Stripling commented on issue that has grown since last year — inflated pay: