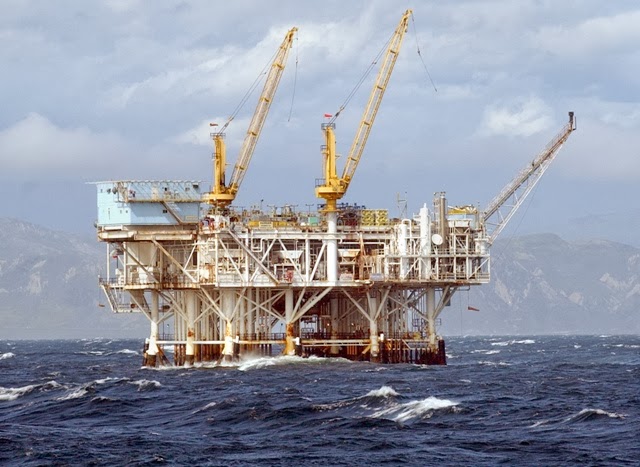 Another oil company giant, Chevron Corporation and its subsidiaries, spent $3.95 million, the third most spent by any group on lobbying state government in 2013. Chevron also spent much of its money on lobbying against bills that would ban or regulate fracking in California.

The top 10 companies and groups that hired lobbyists during 2013 spent a total of $30.5 million, reported the Capitol Weekly (http://capitolweekly.net/top-10-lobbying-firms-billed-40-million/).

Since it is the most powerful corporate lobby in Sacramento, the oil industry is able to wield enormous influence over state and federal regulators and environmental processes. The result of this inordinate money and influence is the effective evisceration of the Marine Life Protection Act of 1999 during the MLPA Initiative process and the signing of Senator Fran Pavley's Senate Bill 4.

A report recently released by the American Lung Association revealed that the oil industry lobby spent $45.4 million in the state between January 1 2009 and June 30, 2013. The Western States Petroleum Association (WSPA) alone has spent over $20 million since 2009 to lobby legislators. (http://blog.center4tobaccopolicy.org/oil-lobbying-in-california)

Oil and gas companies spend more than $100 million a year to buy access to lawmakers in Washington and Sacramento, according to Stop Fooling California, an online and social media public education and awareness campaign that highlights oil companies’ efforts to mislead and confuse Californians.

Governor Brown, a strong supporter of the environmentally destructive practice of fracking, has become known as the "Big Oil Governor." Robert Gammon, East Bay Express reporter, revealed that before Governor Jerry Brown signed Senator Fran Pavley’s Senate Bill 4, Brown accepted at least $2.49 million in financial donations over the past several years from oil and natural gas interests, according to public records on file with the Secretary of State’s Office and the California Fair Political Practices Commission. (http://www.eastbayexpress.com/oakland/fracking-jerry-brown/Content?oid=3726533)

In addition to supporting the expansion of fracking in California, Governor Jerry Brown is fast-tracking the Bay Delta Conservation Plan (BDCP) to build the peripheral tunnels during the midst of a record drought. The massive tunnels won't create one drop of new water, but they will divert huge quantities of precious water from the Sacramento River to corporate agribusiness interests, Southern California water agencies, and oil companies conducting steam injection and fracking operations in Kern County. The construction of the tunnels would hasten the extinction of Central Valley salmon and Delta fish populations, as well as imperil salmon and steelhead populations on the Trinity River, the largest tributary of the Klamath River.

The oil industry extends its influence not only by direct lobbying, but through its presence and leadership on boards and panels, in a classic example of the fox guarding the hen house. In an extreme conflict of interest, WSPA President Catherine Reheis-Boyd not only chaired the MLPA Initiative Blue Ribbon Task Force for the South Coast, but she served on the task forces for the Central Coast, North Central Coast and North Coast. (http://yubanet.com/california/Dan-Bacher-Top-Censored-Environmental-Story-of-2012-Marine-guardian-lobbies-for-offshore-oil-drilling-fracking.php)

The MLPA Initiative, under the "leadership" of Reheis-Boyd and other corporate operatives with numerous conflicts of interests, created fake "marine protected areas" that fail to protect the ocean from fracking, oil drilling, pollution, corporate aquaculture, wind and wave energy projects, military testing and all human impacts on the ocean other than fishing and gathering.

While Reheis-Boyd served on the task forces to "protect" the ocean, the oil industry was conducting environmentally destructive hydraulic fracturing (fracking) operations off the Southern California coast. Documents recently obtained under the Freedom of Information Act and media investigations by Associated Press and truthout.org reveal that the ocean has been fracked at least 203 times in the past 20 years, including the period from 2004 to 2012 that Reheis-Boyd served as a "marine guardian."

The Marine Life Protection Act (MLPA) is a landmark law, signed by Governor Gray Davis in 1999, designed to create a network of marine protected areas off the California Coast. However, Governor Arnold Schwarzenegger in 2004 created the privately-funded MLPA "Initiative" to "implement" the law, effectively eviscerating the MLPA.

When will there be a long overdue investigation into the conflicts of interest, terminally flawed science, violation of the Yurok Tribe's gathering rights and failure to provide comprehensive protection in so-called "marine protected areas" that have made the MLPA Initiative into one of the most tainted environmental processes in California history?

While California has been falsely portrayed as a "green state" by the mainstream media and corporate "environmentalists," the state's current political leadership is in reality controlled by Big Oil, Big Ag and other corporate interests.

For more information on oil industry power and money, go to: http://www.counterpunch.org/2013/11/08/sacramento-a-capital-awash-in-oil-money/