Bernie Sanders: I Am Prepared to Run for President 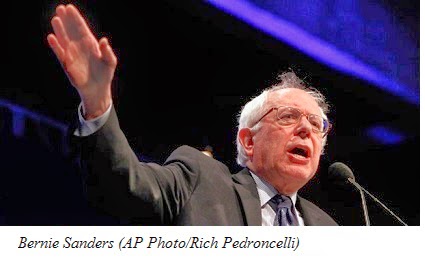 Bernie Sanders says he is “prepared to run for president of the United States.” That’s not a formal announcement. A lot can change between now and 2016, and the populist senator from Vermont bristles at the whole notion of a permanent campaign. But Sanders has begun talking with savvy progressive political strategists, traveling to unexpected locations such as Alabama and entertaining the process questions that this most issue-focused member of the Senate has traditionally avoided.
In some senses, Sanders is the unlikeliest of prospects: an independent who caucuses with the Democrats in the Senate but has never joined the party, a democratic socialist in a country where many politicians fear the label “liberal,” an outspoken critic of the economic, environmental and social status quo who rips “the ruling class” and calls out the Koch brothers by name. Yet, he has served as the mayor of his state’s largest city, beaten a Republican incumbent for the US House, won and held a historically Republican Senate seat and served longer as an independent member of Congress than anyone else. And he says his political instincts tell him America is ready for a “political revolution.”

John Nichols is the author, with Robert W. McChesney, of Dollarocracy: How the Money and Media Election Complex is Destroying America (Nation Books), for which Senator Bernie Sanders wrote an introduction.