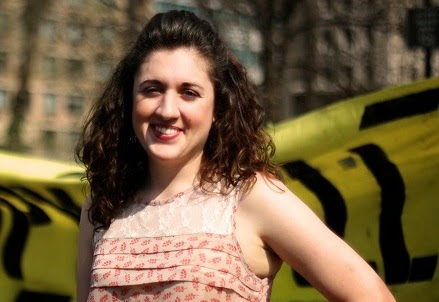 A A A Text Size
Print
Democratic Socialists of America (DSA) joins the Cecily McMillan Support Team in condemning the unjust conviction on a felony assault charge on May 5, 2014, of Cecily McMillan, a long-standing and valued member of DSA. (See the Cecily McMillan Support Team statement below).
Despite clear evidence that the police initiated the altercation that led to Cecily’s arrest and used excessive and unrestrained force against both Cecily and other Occupy protestors, Cecily now faces a possible two-to-seven year prison term.  DSA condemns the biased behavior of Judge Ronald Zweibel, who refused to admit evidence that the officer in question had been charged with excessive use of force in other police matters. This irresponsible action, combined with the extraordinarily harsh charges brought against Cecily by Manhattan District Attorney Cyrus Vance, Jr., reveals the extent to which government authorities desired to secure their first conviction against a peaceful Occupy protestor and justify the millions of dollars of public funds spent on this case and on policing Occupy.  This was clearly a political trial.


DSA urges all its members to stand with Cecily McMillan and her legal support team in appealing this unjust and unconscionable verdict. We urge our members to join protests against the verdict and to contribute funds to her defense team. We also urge them to write the Manhattan DA’s office protesting this vicious verdict and demanding that charges be dropped on appeal.
New York District Attorney Cyrus Vance, Jr., esq.
New York County District Attorney’s Office
One Hogan Place, New York, NY 10013
Donate to Cecily’s Support Fund
Statement from the Cecily McMillan Support Team
We are devastated by the Jury’s verdict today. It has been clear from day one that Cecily has not received a fair and open trial. The job of a judge during a jury trial isn’t to guide the verdict to fit his opinion. Judge Zweibel, who consistently suppressed evidence, has demonstrated his clear bias by consistently siding with the prosecution. In addition to suppressing evidence, he imposed a gag order on Cecily’s lawyers, which is a clear violation of their 1st Amendment Rights, and placed the burden of proof on the defense, not the prosecution. He is rightly known as ‘a prosecutor in robes’.
Beyond Judge Zweibel, it is disgusting to see vast resources from taxpayers wasted for over two years to prosecute Cecily. Manhattan DA Cy Vance has refused to drop this case, pursuing maximum charges against Cecily while ignoring police violence and misconduct. This is unfortunately not isolated to Cecily’s case but is indicative of a system concerned not with justice but with the unrelenting harassment of dissenters and the powerless.
In the two years awaiting trial, Cecily was never offered anything less than a felony charge, a charge that would stay with her for the rest of her life. While awaiting a trial, Cecily has lived in limbo for two years, not knowing what her future would be, forced to re-live her trauma every one of those days. Beyond the sexual assault and physical injuries she sustained, Cecily suffered PTSD and has had difficulty finishing her master’s degree and continuing her work as a union organizer and activist.
Despite the chilling precedent this verdict puts forth for activists, we will not be deterred from seeking social and economic justice, as evidenced in the courtroom today. Though we’ve held our tongues throughout this trial as Cecily was personally attacked and degraded, we could not stand silent today in the face of such a gross miscarriage of justice. The people had to speak truth to power today by standing up and will continue to do so as long as this justice system continues to punish the 99% and protect the 1%.
As journalist Chris Hedges said in a recent article, “The corporate state, which has proved utterly incapable of addressing the grievances and injustices endured by the underclass, is extremely nervous about the mass movements that have swept the country in recent years. And if protests erupt again—as I think they will—the state hopes it will have neutralized much of the potential leadership. Being an activist in peaceful mass protest is the only real “crime” McMillan has committed.”
We recognize that, as poorly as Cecily has been treated these past two years, she was lucky enough to have an amazing support system comprised of representation from the National Lawyer’s Guild and Mutant Legal, as well as significant financial help from supporters of Occupy Wall Street and a team of ten who tirelessly worked to bring her case to light and support her through this trying time. It’s harrowing to imagine how many unfortunate people encounter this system without the resources Cecily had, though we know countless innocent people are forced to plea to felonies and ruin their lives every day in this building.
We will be fighting this unjust verdict in the court of appeals. Cecily’s lawyers are optimistic, given the circumstances of the case and the gross bias demonstrated throughout, that we can win on appeal.
Thank you all for your ongoing support throughout this trial. We know that many share our outrage at this verdict. Please continue your support: we will keep this website updated with how you can best help.
Cecily McMillan Justice YDS New York City Occupy
Posted by Duane Campbell at 7:30:00 PM