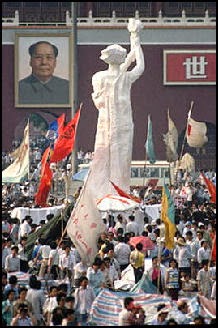 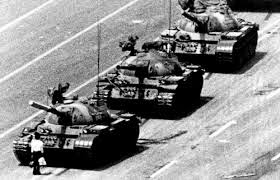 Andrew Nathan
On the 25th anniversary of the June 4, 1989 crackdown on pro-democracy demonstrators in Beijing’s Tiananmen Square, it is worth reflecting on the effect that tragic event had on labor conditions in China.


Tiananmen is generally thought of as a student movement, but there was also a great deal of worker participation. A group called the Beijing Workers Autonomous Federation took shape during the movement under the leadership of Han Dongfang, then a young railway worker. Today he leads an important worker rights organization, China Labour Bulletin, that works on Chinese labor rights issues from its office in Hong Kong.  Outside of Beijing, demonstrations occurred in more than 300 other cities, also with worker participation. Some of the harshest penalties after the crackdown were imposed on workers, rather than students.
But workers, students, and other participants had the same goals in the spring of 1989. They all wanted the ruling Chinese Communist Party to open itself up to dialogue with society over issues of corruption, reform, rule of law, and citizens’ rights. One faction in the leadership, headed by Party General Secretary Zhao Ziyang, advocated that the Party accept this demand. He said that the demonstrators were patriotic and shared the Party’s goals for the nation, and that the Party could work with them. The other faction, headed by Premier Li Peng, argued that if the Party gave in to demands for dialogue, it would lose its monopoly of power and risk being overthrown. In the end, senior Party leaders headed by Deng Xiaoping sided with Li and used military force to end the demonstrations. In doing so, they reaffirmed the basic principle of authoritarian rule: the people have no right to interfere in politics.
See more