Justice for Michael Brown: Community Control of Police and Equality for All 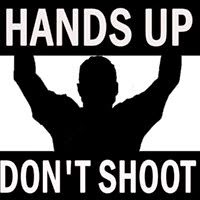 Democratic Socialists of America calls for a full federal civil rights investigation into the killing of Michael Brown and an end to the militarization of local police forces. The action of the Ferguson, Missouri, police department exemplifies the dangers to the lives of ordinary Americans, particularly people of color, posed by overly aggressive, heavily armed police forces.

Over the past thirty years, federal, state and local government have abandoned commitments to fighting poverty and unemployment, conditions that disproportionately limit the life opportunities of young persons of color. Most low income youth only encounter the state as a repressive force that relegates them to a life within the prison-industrial complex, even for the most minor and non-violent of drug-related offenses. These activities rarely lead white youth to be arrested, let alone imprisoned.

In the case of Ferguson, Missouri, police-mandated media blackouts and the pervasive detainment, harassment and arrest of journalists cloud public understanding of the ongoing crisis. The constant barrage of tear gas canisters into crowds, backyards and neighborhood streets in recent days has further hampered a full understanding of the situation on the ground.

What is clear is that on August 9th, Ferguson police officer Darren Wilson shot and killed an unarmed 18-year-old Michael Brown, a young black man. African Americans are 65% of the community’s population, but whites, such as Officer Wilson, are 96% of the town's police department. Following a night of mass protest and unrest, hundreds of para-militarized officers swarmed Ferguson, creating an atmosphere of occupation and terror. The massive use of police force against peaceful protestors only exacerbated the understandable anger of a community in which the police are justifiably viewed as a foreign occupying force.

At play in Ferguson are multiple forces long present in American society. The unrelenting killing of unarmed young persons of color by both police forces and white vigilantes – from Trayvon Martin to Oscar Grant to Eric Garner – demonstrates how racism literally takes the lives of people of color.

The causes of this assault on the rights of low-income Americans are systemic in nature. Neoliberal capitalism greatly contributes to the decline in life opportunities for low-income Americans. Neoliberal policies weaken the state’s ability to regulate powerful economic actors so they contribute to the common good rather than their own particular interest. Neoliberal policies such as deregulation, deunionization, decreases in taxation on the rich, and defunding of essential social services, including public education, weaken the ability of the state to develop the potential of the less advantaged.

These policies have given rise to an economic order of frequent crises and mass unemployment. (Over one in five families in Ferguson live below the poverty line.) Such policies disproportionately affect communities of color, with unemployment rates running 2-3 times those of white Americans – a clear legacy of institutionalized white supremacy. Neoliberal policies support cuts in job programs, education and civilian reviews boards, but not police weaponry; the neoliberal state disinvests in people, but heavily invests in prisons, police repression and militarism abroad.

While urban rebellions in oppressed communities of color are by no means a new phenomenon for the United States, the level of para-military police force in Ferguson is. The tanks, battle armor and mounted semi-automatic weapons present in the streets reflects America's imperial ambitions abroad as these weapons are channeled from surplus war equipment to local police departments through Department of Homeland Security grants.

As democratic socialists, we abhor the logic that allows for local police departments to transform themselves into surrogate occupying armies defending “social order” against popular demands for social justice. DSA believes in fighting for an equitable tax system that would fund public investment and job training that could employ the underemployed and unemployed in alternative energy production and the rebuilding of infrastructure and affordable housing. In addition, independent civilian review boards (with adequate funding and power) should oversee a local police force that is well-trained and representative of the communities they serve.

Democratic community policing would repudiate the excessive use of force by “proactive” police tactics and the use of SWAT teams. Such policies would drastically reduce the chances of repeating the terror of Ferguson. Additionally, mandated "reverse surveillance" technology such as dashboard and uniform cameras could reduce the willingness of police to engage in the excessive use of force. Finally, a full, thorough Federal investigation into the events of August 9th is needed to provide justice to the family and friends of Michael Brown.

Such measures can only mitigate, not abolish, the effects of racist criminal justice policies and the absence of equality of opportunity for low-income Americas. The events in Ferguson demonstrate that actively challenging how law enforcement affects poor communities must be a priority for all working to build a better America. Changes in criminal justice policies, however, cannot by themselves bring justice to all Americans. Social protest movements must demand government policies that serve the interests of all rather than those of a narrow elite. Only by building a majoritarian movement for racial and economic justice can we reverse the growth of racial and class apartheid in the United States.