The Safe Neighborhoods and Schools Act of 2014. The Progressive Alliance endorses Yes on Proposition 47.

The Safe Neighborhoods and Schools Act of 2014 is a voter initiative for the November 2014 California ballot that will change sentencing for low-level nonviolent crimes such as simple drug possession and petty theft from felonies to misdemeanors and direct financial savings to K-12 schools, mental health treatment, and victim services. This reform maintains the current law for registered sex offenders and anyone with prior convictions for rape, murder or child molestation.
The proponents of our reform proposal are retired San Diego Police Chief William Lansdowne and San Francisco District Attorney George Gascón. In addition to law enforcement leaders, crime victims, teachers, rehabilitation experts, business leaders and faith-based organizations support the reform.

Details of the Act

antiracismdsa: Immigration Reform, Activism, and Moral Certainty...: by Duane Campbell An argument is being made in many places in the Latino community   condemning Obama for his not taking executive action ...
Posted by Duane Campbell at 8:22:00 PM No comments: 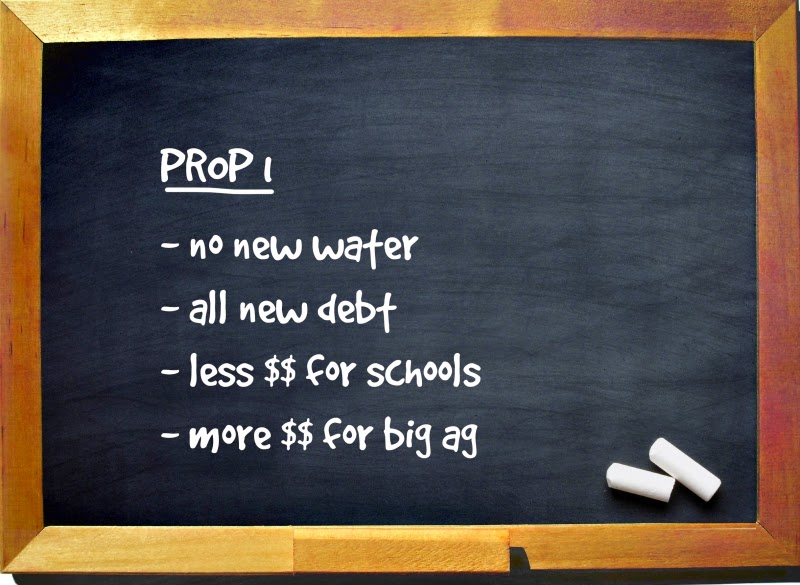 Did Prop. 30 donors know their money  would support deadbeat dams?

Only in the allegedly "green" state of California would a Governor use a legal loophole to divert millions of dollars from a campaign to raise taxes for public education over to an entirely different campaign to pass a pork-laden $7.5 billion water bond to fund huge dams, bike trails in conservancies, and subsidies for corporate agribusiness.

Opponents of Proposition 1, the controversial State Water Bond, on September 20 criticized Governor Jerry Brown and the backers of Prop. 1 for taking over $2.8 million raised to enact a tax increase for public education and diverting it to their campaign to pass "the biggest dam-building program in California history."

Carolee Krieger, No on Prop. 1 leader and California Water Impact Network (CWIN) Executive Director, said, “The governor is using a legal loophole to divert donations for public education to back his deadbeat dams, pork programs and subsidies for huge agribusiness. None of the donors of this $2.8 million left over from Prop. 30 could have had any idea their money would be spent on this water bond."
Read more »
Posted by Duane Campbell at 2:35:00 PM No comments:

' 'The Roosevelts' Reveals Everything Wrong With Our Current Political Class

Ken Burns' seven-part PBS series on the lives of Theodore, Franklin, and Eleanor Roosevelt, The Roosevelts: An Intimate History, is a remarkable achievement. Burns sheds a poignant new light on the personal and public lives of three monumental figures in 20th Century American history. And in doing so, he illustrates the relative rottenness of the hacks, partisans, and plutocrats who make up the political class that rules America today.
By exploring the lives and times of TR, FDR, and ER Burns shows that in our not-so-distant past the governing institutions of this country were actually responsive to the needs and desires of working-class Americans. This superb and moving portrait is a perfect fit for our times. The utter failure of our current "leaders" is glaring by comparison.
Read more »
Posted by Duane Campbell at 9:21:00 AM No comments:

This election is really important ! 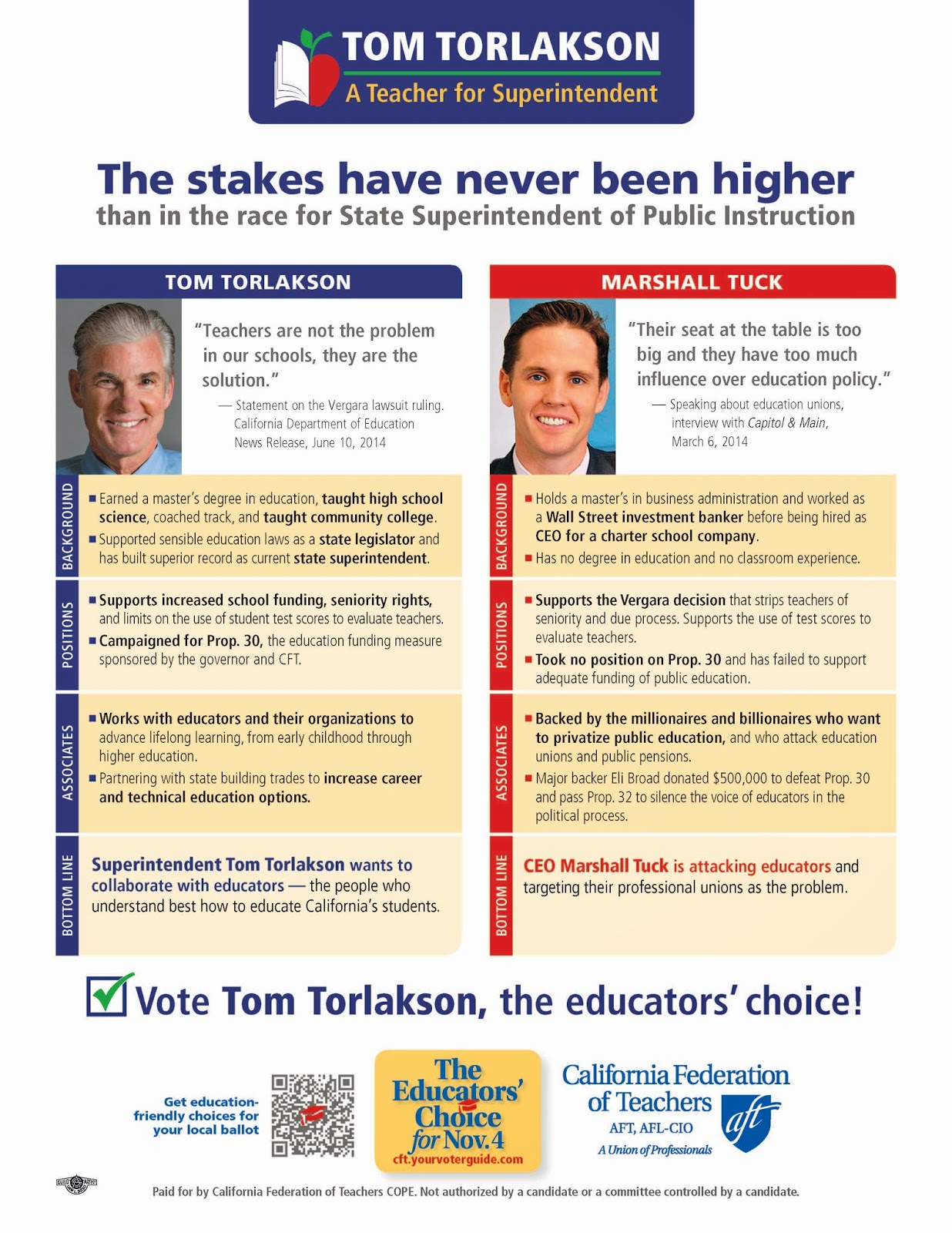 Big Oil is the problem

by Dan Bacher
There will be a number of climate marches today around the world, including a huge one in New York. There are also events in Oakland, Sacramento and Davis. Unfortunately, I fear that at many events in California, the chosen speakers won't be talking about one of the biggest environmental issues in the state - the fact that the oil industry is the most powerful corporate lobby in Sacramento and the Western States Petroleum Association is the most powerful lobbying organization. I am one of the few journalists taking on Big Oil and the biggest environmental conflict of interest story of the past decade, the chairing of the Marine Life Protection Act (MLPA) Initiative Blue Ribbon Task Force for the South Coast by the President of the Western States Petroleum Association (WSPA). Until more anti-fracking and environmental activists in California are willing to challenge Big Oil and challenge the corporate "environmental" groups and state officials that allowed a big oil lobbyist and other corporate operatives to oversee the creation of fake "marine protected areas" in California, we will have a very hard time banning fracking and stopping the oil industry from constantly sabotaging our environmental laws protecting the air, water and land. New  York Climate march here.
http://new.livestream.com/DemocracyNow/peoples-climate-march/videos/62759828 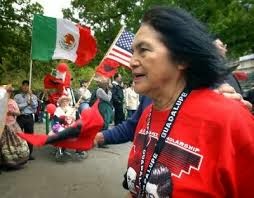 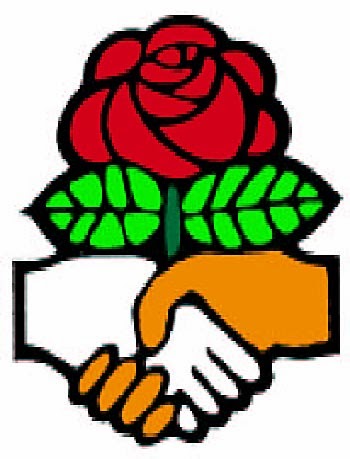 Dolores Huerta, DSA Honorary Chair, Latina,  and longtime friend of members of our   Sacramento DSA local will be speaking at Sac State on Sept.18.  Free.
Dolores is a leader in Civil Rights, Labor and Feminist politics. 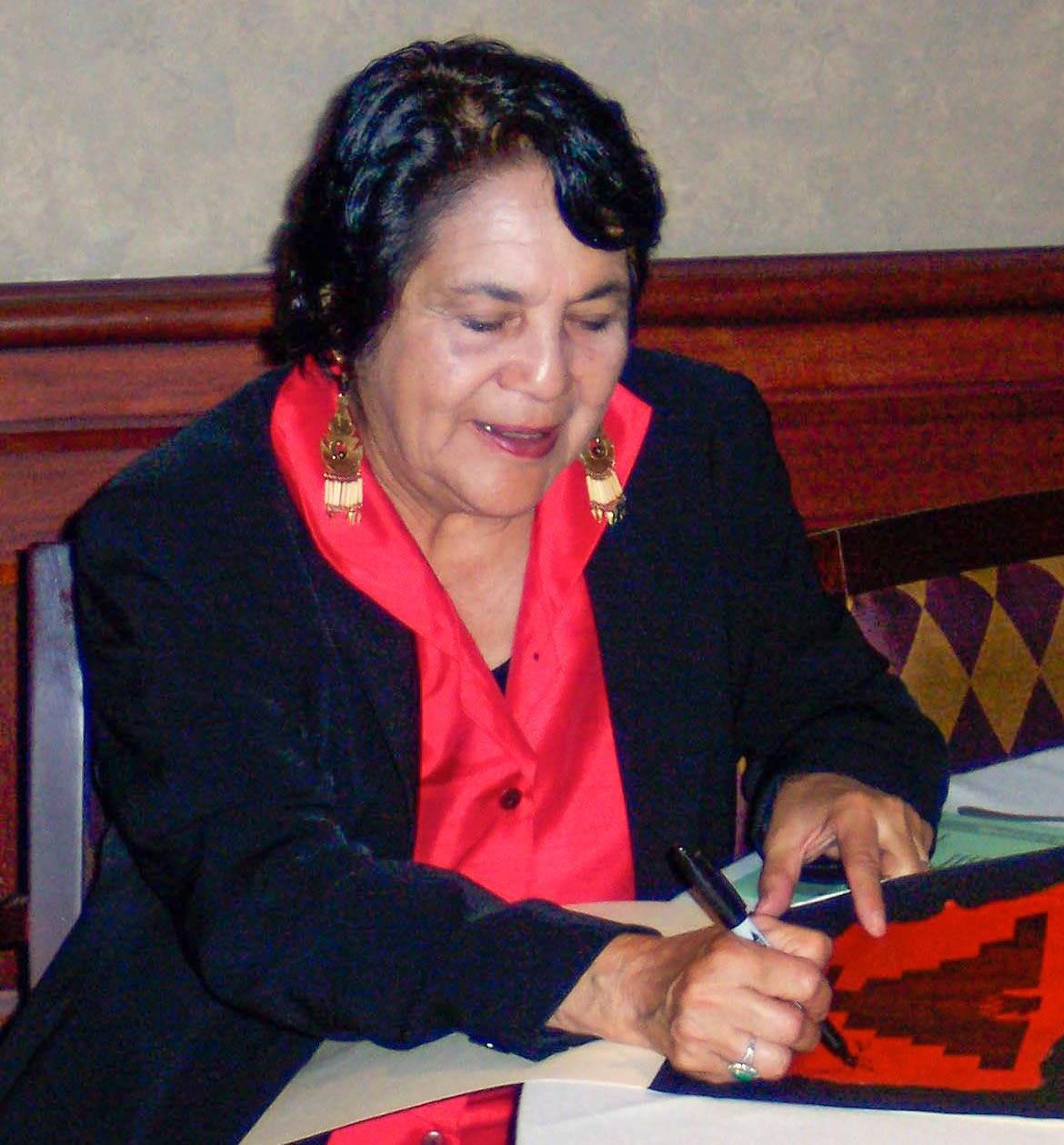 Dolores Huerta is coming to campus on 9/18 at 7:30. http://calendar.csus.edu/MasterCalendar/EventDetails.aspx?data=hHr80o3M7J66DOhNoYgUl3vpcTSeThL6Y15oAC8nTBBu7P%2F38YIp7t6sa9Jm8Wno
See more here.    https://sites.google.com/site/chicanodigital/home/table-of-contents/dolores-huerta-inducted-into-hall-of-fame

Why We’ll Be Marching in the Largest Climate Change Demonstration in History
At the People’s Climate March in New York City on September 21, there’s a world to march for.
Eddie Bautista, LaTonya Crisp-Sauray and Bill McKibben
September 15, 2014 On Sunday, September 21st, a huge crowd will march through the middle of Manhattan. It will almost certainly be the largest rally about climate change in human history, an
d one of the largest political protests in many years in New York. More than 1,000 groups are coordinating the march—environmental justice groups, faith groups, laborgroups—which means there’s no one policy ask. Instead, it’s designed to serve as a loud and pointed reminder to our leaders, gathering that week at the United Nations to discuss global warming, that the next great movement of the planet’s citizens centers on our survival and their pathetic inaction.
As a few of the march’s organizers, though, we can give some sense of why we, at least, are marching, words we think represent many of those who will gather at Columbus Circle for the walk through midtown Manhattan.
Read more »
Posted by Duane Campbell at 8:55:00 PM No comments:

9/ 11 A peoples history of american imperialism by Howard Zinn

Thirteen years after the 9/11  attacks on the U.S. , we mourn and we remember those who died on that day. Of the  attackers 15 out 19 were from Saudi Arabia; none were from Iraq.  Their terrorism headquarters was in Afghanistan.


Yet, neo-conservative hawks in the U.S. led George  W. Bush to order the invasion of Iraq.  More than  4,480 U.S. soldiers died and more than  32,000 were seriously wounded. More than one  million Iraqis were killed, and the current crisis with ISIS in Iraq and Syria is a direct consequence of the invasion.
The  anniversary of the 9/11 attacks provides an important moment to pause and reflect on where we have come and where we are headed
Posted by Duane Campbell at 8:32:00 PM No comments: