Why I won't step foot in a Walmart 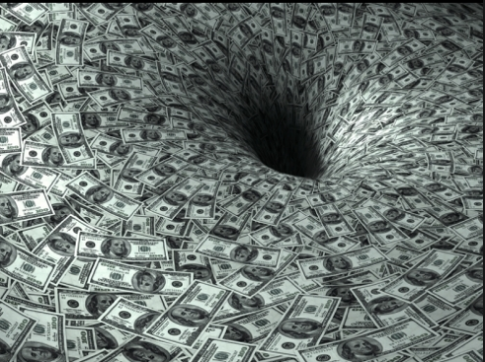 The American Federation of State, County and Municipal Employees (AFSCME) is asking people to not step foot in a Walmart today in solidarity with the workers of the retail giant who are now striking for better wages and working conditions.

I won't step foot in a Walmart for that reason and a multitude of other reasons including the following:

1. Walmart funds corporate "environmental" NGOs that support neo-liberal environmental policies including fake "marine protected areas" and "catch shares" programs that devastate fishing families around the world. Don't support any group, such as the Nature Conservancy, Ocean Conservancy and EDF, that receives Walton Family Foundation money! If you're an angler, why support anti-fishing groups by buying garbage at Walmart? (http://www.counterpunch.org/2013/11/29/walmarting-the-rivers-and-oceans/)

3. Walmart drives sustainable, family-owned businesses out of communities around the world, replacing local businesses with its ugly, junk-filled mega-stores.

4. Walmart underpays and badly treats its workers, as documented in numerous reports.

5. Walmart is one of the biggest corporate welfare queens on the planet, urging its employees to apply for government assistance because of the low salaries and paltry benefits it provides its workers.

6. Walmart is a notorious corporate polluter, practicing unsustainable practices around the world, and is known for building its giant stores in once-pristine areas with no regard for fish, wildlife and the evironment.

In fact, as hordes of shoppers swarm megastores on Black Friday, a developer is plotting to pave over the most unique piece of unprotected wilderness left in Miami to make way for yet another Wal-Mart, according to the Center for Biological Diversity.

"This development deal may be one of the ugliest ever," the Center stated. "An irreplaceable forest that's a biological refuge for many endangered species, this land was given for free to the University of Miami from the federal government. Instead of working to preserve it, the university sold out to a developer. If the Wal-Mart developer gets its way, irreplaceable wildland will be lost forever to yet another sprawling shopping center."

Walmart is a living manifestation of corporate evil and greed - people who shop there are in effect voting against themselves and their own self interest!

I have written numerous investigative pieces on Walmart and the Walton Family greenwashing. In one of my latest pieces, an analysis of environmental grants that the Walton Family Foundation gave to conservation organizations in 2013 reveals that NGOs supporting Proposition 1, Governor Jerry Brown's water bond that passed in November, received $9,234,866 in grants while opponents of the controversial measure received none. (http://calsport.org/news/innews/walton-family-foundation-gave-9234866-to-ngos-backing-water-bond/)

The Walton Family Foundation grant recipients, including the Nature Conservancy, Audubon Society, Ocean Conservancy, American Rivers and other corporate "environmental" NGOs, allied with corporate agribusiness, the oil industry, Big Tobacco, the timber industry, billionaires, Stewart Resnick of Paramount Farms and a rogue's gallery of some of the worst corporate interests on the planet to fund the biggest dam building project in recent California history!

The Walton Family Foundation is governed by the descendants of Sam and Helen Walton, the founders of Walmart.

“The Walton Family Foundation continues a philanthropic vision begun by Walmart founders Sam and Helen Walton,” according to the Foundation website. “Across diverse areas of giving that include education reform, freshwater and marine conservation and community and economic development, Walton family members carry forward the timeless Walton value of creating opportunity so that individuals and communities can live better in today’s world.”

The foundation forgot to ask the Walmart workers suffering from low wages and poor working conditions, the fishing families and indigenous communities screwed by neo-liberal "catch shares" and "marine protected areas" funded by Walton Family Foundation money, the mom and pop operations driven out of business by Walmart, and the taxpayers forced to subsidize the Walton's corporate welfare program what they think about the "timeless Walton value of creating opportunity so that individuals and communities can live better in today's world!"