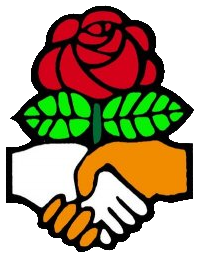 Some of the participating organizations are National Nurses United; Progressive Democrats of America; Labor for Bernie; Working Families; Showing Up for Racial Justice; Latinos for Bernie; African Americans for Bernie; Women for Bernie; and the United States Student Association.   DSA, Socialist Alternative and Solidarity are the only explicitly socialist groups listed, and we were the only one invited to join the planning group.

The participants will come with a broad range of expectations and agendas, including the diverse views within DSA’s ranks. DSA attendees will meet for internal discussion and training starting Friday morning, before the Summit officially opens.

One goal of the Summit is to produce a “people’s platform,” a unifying political statement that can be used to hold elected officials accountable, according to DSA Deputy Director David Duhalde . As Duhalde noted, the most recent insurgent progressive presidential campaigns (e.g., Ted Kennedy and Jesse Jackson) were unable to create sustainable democratic organizations beyond their campaigns. But this is a unique moment in which, having learned from the past, we can help to forge an enduring alliance among the millions of Americans who have recently campaigned for and voted for a socialist.

DSA Director Maria Svart has explained, “Our vision of socialism, and the movement to get there, is profoundly democratic. Many organizations coming to the Summit are larger than DSA, and while we don't have a blueprint, we want to bring them our ideas, find out where they overlap with their ideas (because they often do) and where we can introduce new concepts or put them in a larger framework, then together build a stronger democratic socialist movement.”

The Democratic Left Blog Editorial Committee plans to post a report on the Summit by the end of June.