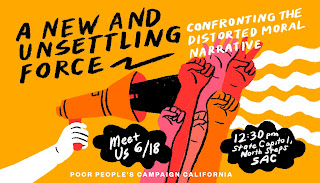 Dear friends and supporters of the California Poor People’s Campaign,
We are 48 hours away from gathering as a new and unsettling force to conclude this phase of our 40 days of sustained nonviolent civil moral unrest because the status quo in our Golden State has far too often been paved with poverty. Over the last five weeks, we have boldly declared, “Somebody is hurting our sisters and brothers and we won’t be silent anymore!”, and have shifted the moral barometer in the halls of our Capitol. Our time together has taken us from blocking the streets to the Senate and House galleries, from Assembly Budget Conference Hearings to speaking out against ecological devastation and violence against our Indigenous communities in front of the Columbus statue in the Capitol’s rotunda, and to having 51 one arrests and over 500 rally supporters lining the hallways of Our House. We have solidified a new and unsettling force to fight for the soul of our state until all of its citizens have dignity, human rights, and are freed from the violence of poverty, racism, ecological devastation, and the war economy.
Yet, California continues to violate our deepest moral convictions and inflicts pain and suffering on the most vulnerable in our society by passing a budget that continues to give money and tax loopholes to the rich, leaving little for the poor.
This Monday represents the culmination of the birthing of our movement. We will be confronting this nation and state’s distorted moral narrative, echoing throughout the capital that “We are a New, Unsettling Force, and we’ve got nothing to lose but our chains!” Our six weeks of Nonviolent Moral Fusion Direct Action at the Capitol might be coming to a powerful close, but this is just the beginning of our fusion movement. We invite you to rise up and join us at the capitol this Monday, either as a Moral Witness or a supporter of those who will be putting their bodies on the line in the name of nonviolent struggle, justice, and freedom.
Honoring and reviving the legacies of Ghandi and Dr. King, from our history’s Salt Marches to lunch counters, we know that nonviolence is not only radical but is what bends the arc of the universe towards justice and we need your help to bend it. If you are interested in engaging in Nonviolent Direct Action on Monday, please join us at our training at Westminster Presbyterian Church, 1300 N St, Sacramento, 95814, at 9 AM.

If you cannot be a Moral Witness this Monday, please join us for our Rally on the North Steps of the Capitol at 12:30 PM.
Please RSVP for Monday, especially if coming from out of town and needing help with simple housing or wanting to find/support carpool opportunities. 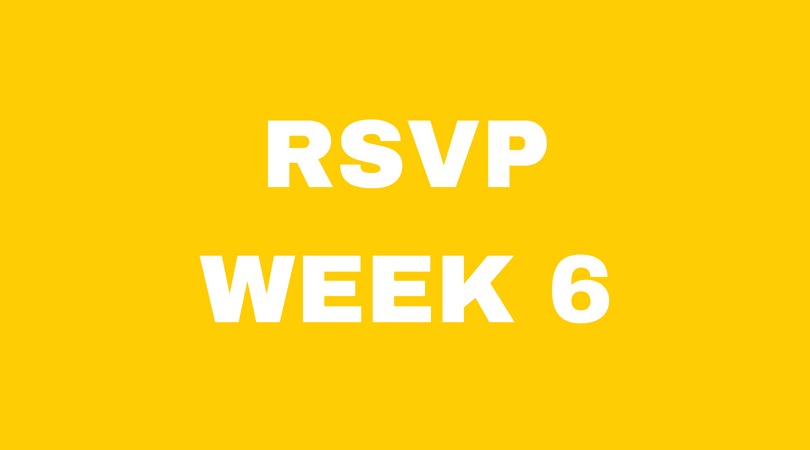 As we prepare for our final day of action in Sacramento, we are also looking ahead to the national gathering that will be taking place in Washington D.C on June 23rd. Will you join the thousands of people from across the country coming together to complete the launch of our movement with a mass rally? Find out more here.
Yours in the Struggle,
Posted by Duane Campbell at 1:24:00 PM