Beto O'Rourke on the Kavanaugh Vote 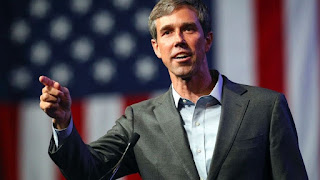 Today, the Senate voted on the nomination of Brett Kavanaugh to the U.S. Supreme Court. If I were in the Senate, I would have voted no.
The events of the past two weeks — including Dr. Ford’s courageous, powerful, and credible testimony and Judge Kavanaugh’s temperament in his response — have only added to my concern that he does not meet the bar to serve on the Supreme Court.
I am disappointed that he was confirmed. I know that today’s news and the headlines we’ve seen over the last few weeks have been extremely difficult for many Texans and especially painful for survivors of sexual assault and sexual harassment — so many of whom bravely spoke out, shared their stories, and continue to lead the way. The news has also been hard on those who might feel let down after making their voices heard by calling their senators, organizing with one another, uniting for what we believe in. Today, we are going to come together for one another.
But tonight and tomorrow and in the days that follow, I want you to know that we are going to meet this disappointment weighing on many of us with the power of people who want to make sure that our government represents all of us. In a democracy, the government is the people and the people are the government. If the government does not represent the will of the people, we will change the makeup of the government.
We will ensure that the senators voting on lifetime appointments to the Supreme Court fight for people, for our rights, for our future. That they put country over party. That they bring a sense of civility and decency to what is supposed to be the greatest deliberative body in the world.
Together — not as Democrats or Republicans but as Texans and Americans — we will ensure that the next nominee to be confirmed to the Supreme Court represents all of our interests.
We will do it because in a state that is last in voter turnout — not by accident but by design — we understand the importance of voting rights.
We will do it because in a state that is the epicenter for the maternal mortality crisis — three times as deadly for African American women — we understand that Roe vs. Wade is the decided law of the land and that women should be able to make their own decisions about their own bodies, and have access to the healthcare that will save their lives.
We will do it because in a state where you can be fired for being gay and where the justice system does not serve everyone, we understand the importance of civil rights and equal justice under law.
And we will do it because we understand the need to put people over PACs, people over corporations, and people over special interests.
Thank you for staying strong for one another, for Texas, and for this country. We will not let one another down.
Beto