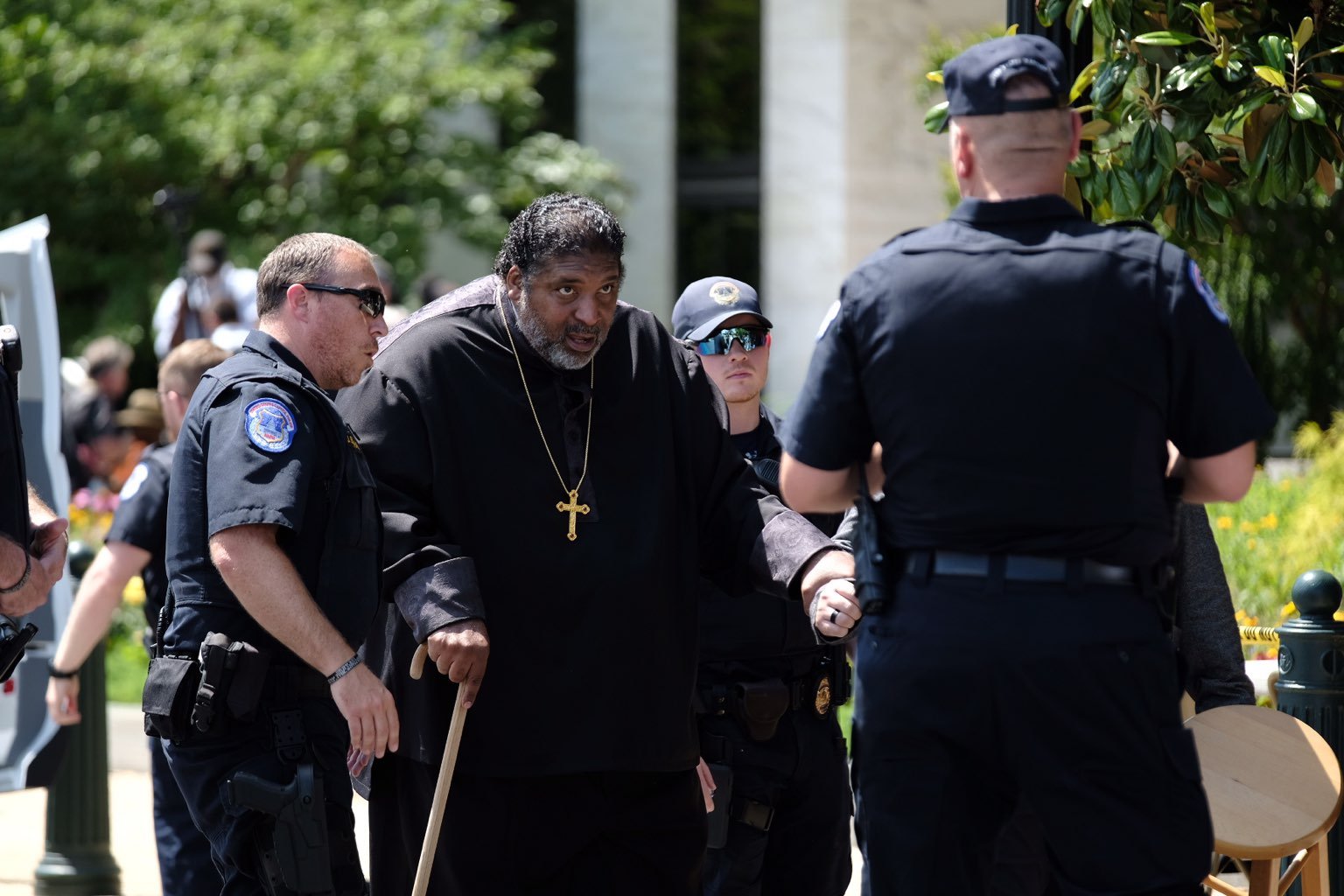 “Free the vote!” Rev. Barber and more than 20 others arrested in DC
Busloads of people from 10 states showed up in Washington DC to demand voting rights yesterday—the day after all 50 Senate Republicans voted against a motion to begin debate on Senate Bill 1 (S1), aka the For the People Act. Our Moral March on Manchin & McConnell generated national attention and resulted in the arrest of more than 20 people, including Rev. Barber and Rev. Jesse Jackson.

Just two days after our Mass Assembly (recapped below), a boisterous crowd gathered in front of the US Supreme Court and marched to the Hart Senate office building to demand meetings with Senators McConnell and Manchin, two key opponents of S1. When Manchin and McConnell refused to meet with members of the PPC, clergy and community members linked arms and marched into the street, stopping traffic. Capitol Police started making arrests.

"We've come here today to say there are some things that are non-negotiable," said Rev. Barber, who was released later that afternoon. "We don't need an insurrection, we just need a nonviolent, moral mobilization and direct action."

The PPC released a video clip of highlights from the action, which you can view here. And getting arrested didn't stop the Rev. from appearing that evening on Cuomo Prime Time, where he gave his own recap and emphasized the fusion power behind the action. 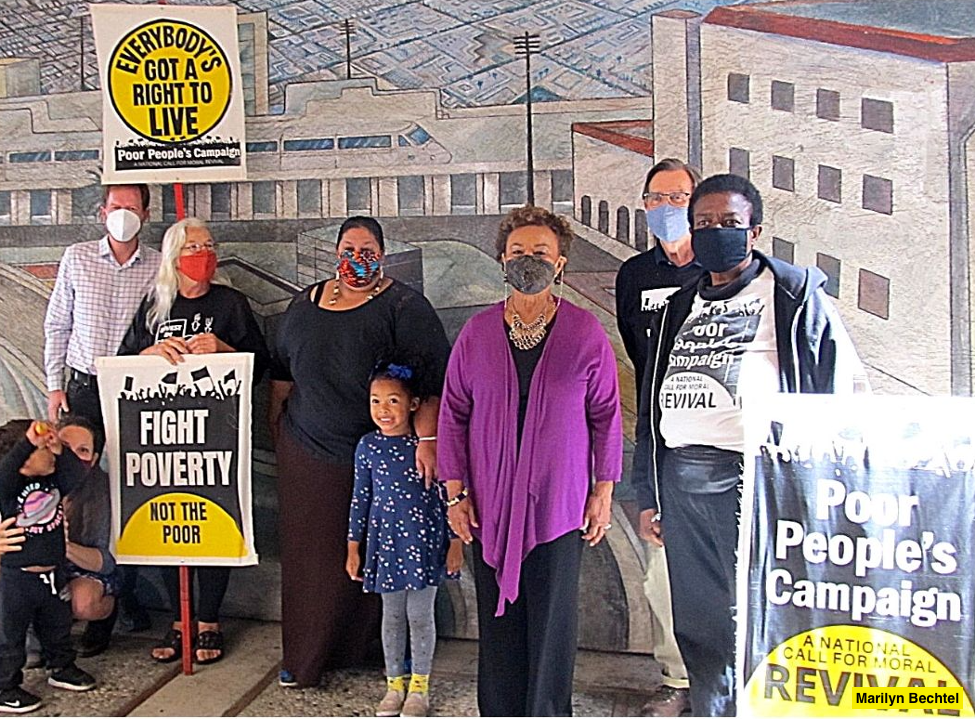 Rep. Barbara Lee and the PPC ring in Child Credit Tax Awareness Day
On Monday, the PPC participated in a press conference held by Bay Area Congresswoman Barbara Lee at the Spanish Speaking Unity Council in Oakland. The goal: to raise awareness of the CTC and help impacted families secure their credits. Many families with children who are eligible for the newly expanded Child Tax Credit—a provision of the American Rescue Plan that provides $3,000 for children ages 6-17 and $3,600 for children under 6—still aren’t aware of it or don’t know how to apply.

“Poverty is a policy choice, and we can choose to end it,” Congresswoman Lee said in advance of the press conference. (Rep. Lee is also a co-author of the Third Reconstruction resolution.) “This historic tax credit is one step towards dismantling poverty in America and ensuring the basic needs of all children are met.”

Sharon Lungo, a single mother of a kindergartener; Annie Banks, mother of a toddler; Jane Welford, grandmother of two; and CA PPC quad chair Nell Myhand appeared on behalf of the PPC. You can read their testimony on the importance of the CTC here. Representatives of the Unity Council and Martin Luther King, Jr. Freedom Center also took part in the event.

Monthly benefit payments begin July 15. Info on the CTC, who’s eligible and how to apply can be found at getcovidresources.org. Moral Monday: Poor People’s and Low-Wage Workers Mass Assembly
The Poor People’s Campaign returned to its roots on Monday, holding its 2021 Mass Assembly on a blazing-hot afternoon in Raleigh, North Carolina—the state where Moral Mondays began. Speakers across the country, both in-person and via Zoom, addressed the full range of interlocking injustices targeted by our campaign, and live musicians energized the crowd with songs and chants. You can watch the whole thing here. (Photos above and below by Steve Pavey.) 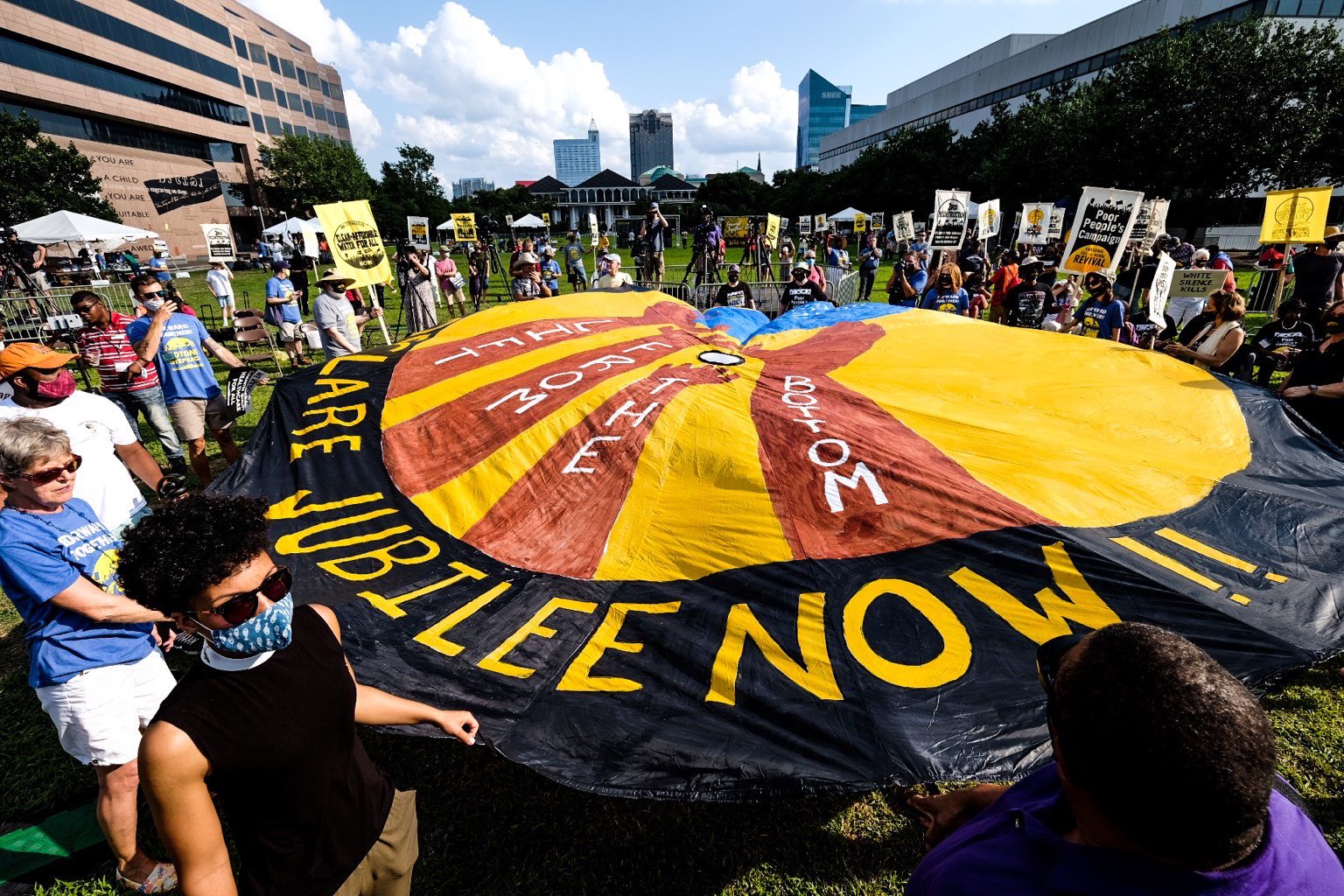 A prominent theme was the urgent need to protect voting rights. PPC co-chair Rev. Liz Theoharis evoked the actions that launched this incarnation of the PPC, reminding us that “North Carolina was ground zero for voting rights… Those attacks, those anti-democratic attacks are being spread throughout the country.” Benny Ivey of Strong Arms of JXN asked why he is still unable to vote, more than a decade after he was released from prison. And Armenta Eaton, member of Concerned Women for Justice and daughter of voting-rights legend "Mother" Rosanell Eaton, assured us that “victory is not given to the swift, nor to the strong, but those who endure to the end.”

President Biden, who had joined us at the 2020 Mass Assembly, delivered pre-recorded remarks: “I don’t think we’ve ever been together at a time of such opportunity to deliver dignity for our nation’s poor and low-wage workers,” he said. “To make ending poverty not just an aspiration—but a theory of change.” 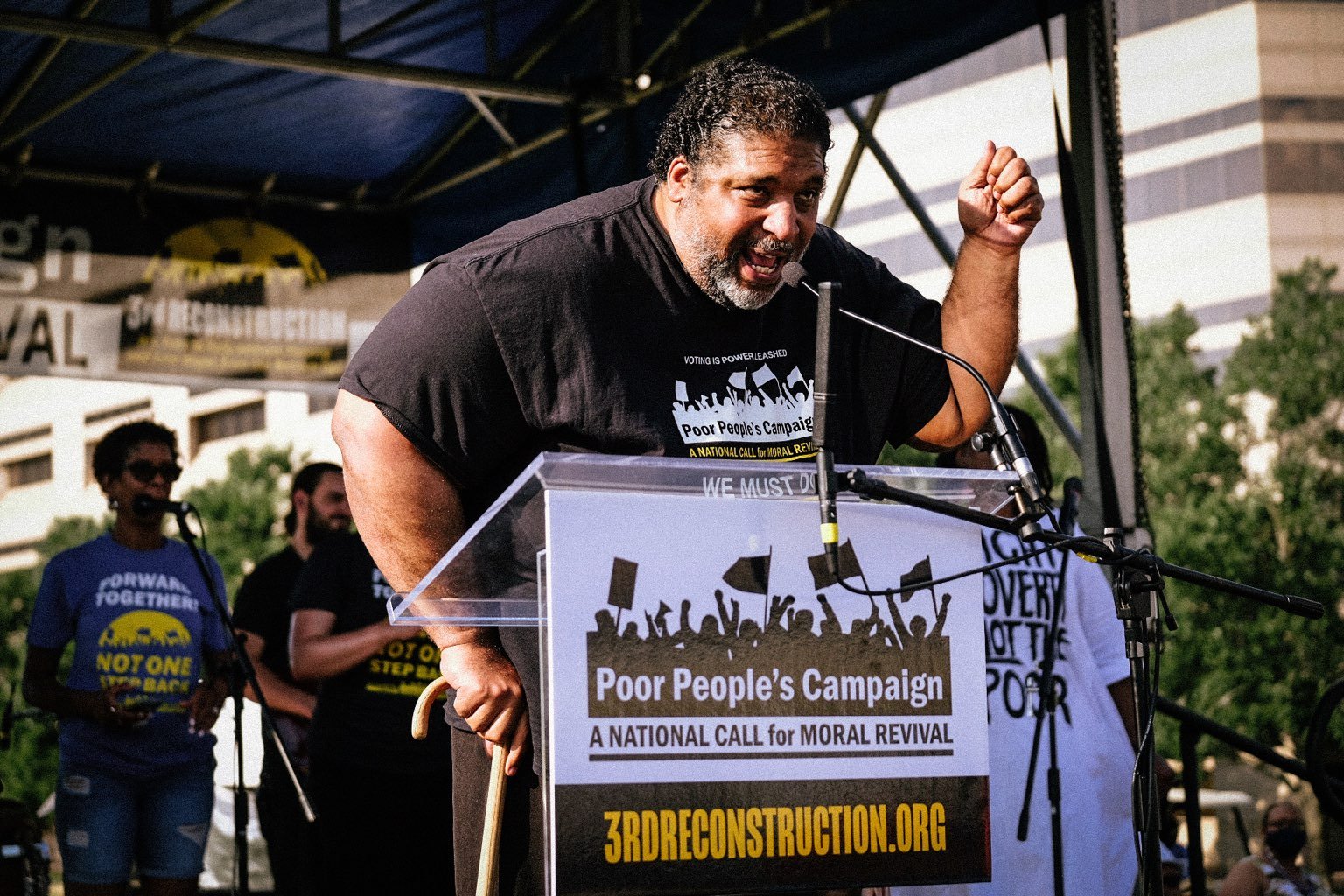