On Monday, June 21, 2021, at 2:30pm PT California Poor People's Campaign will gather online with poor people, low-wage workers, moral and faith leaders, and advocates from across the country for the National Poor People’s and Low-Wage Workers' Assembly to raise a chorus of voices demanding a moral revolution that puts the suffering of the 140 million+ poor and low-income people in the U.S. at the center of every policy debate. RSVP TODAY! 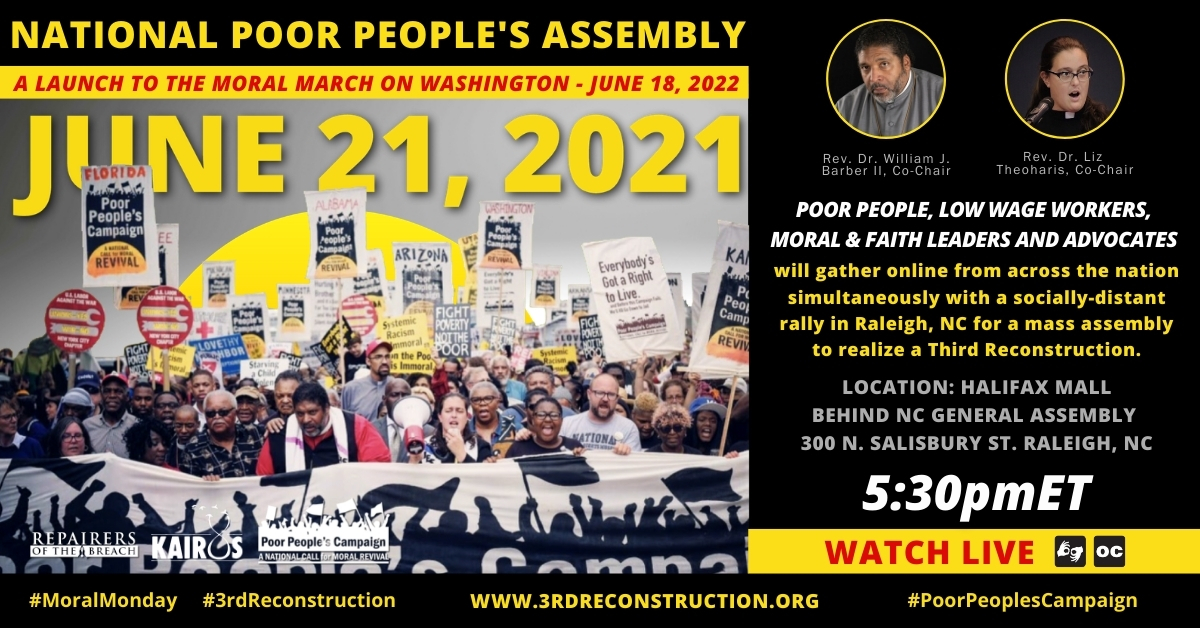 One year after the largest ever online gathering of poor and low-income people in this nation’s history, the Poor People’s Campaign will launch our organizing drive towards a massive and generationally-transformative in-person Moral March on Washington on June 18, 2022, where we will flood the streets of DC and create a national stage for the voices and leadership of people directly impacted by poverty, racism and their interlocking injustices

The event comes one month after the introduction of a congressional resolution for a Third Reconstruction: Fully Addressing Poverty and Low-Wages from the Bottom Up. Emerging from the pain and organizing power of the 140 million people living in poverty or with low wages in this nation, the congressional resolution reflects an omnibus vision for a fundamental restructuring of society that lifts from the bottom. This newest congressional effort comes as a response to years of movement-building to create the collective resolve necessary to implement real and transformational legislative action.

Use our sample posts, graphics and other resources below to help amplify the 3rd Reconstruction Resolution and our June 21st National Poor People's and Low-Wage Workers Assembly with your networks! Get the toolkit here!